Jim Carrey Is #1 On Streaming With This Surprising Movie

There is an entire genre of Jim Carrey movies destined for streaming services. While the actor has more than proven himself in dramatic roles (with acclaimed parts in Eternal Sunshine of the Spotless Mind and The Truman Show) and became one of the biggest movie stars in the world with his peerless mastery of manic comedy (pretty much all of the 1990s), he has also been a lot of forgettable movies. That may sound unkind, but Jim Carrey has simply made a whole lot of movies. A movie like Fun with Dick and Jane may disappear from conscious memory as soon as it leaves theaters, but a Jim Carrey movie like that lives forever on streaming platforms. On the other hand, the number one most-watched movie on Amazon Prime Video right now is Sonic the Hedgehog, a Jim Carrey movie that was not made for streaming.

Instead, Sonic the Hedgehog was carefully designed in a Paramount Pictures laboratory for maximum movie theater appeal. It has the bright shiny colors and frantic movement that both suits Sonic himself (voiced by an incredibly well-cast Ben Schwartz) and the attention spans of children committed to 99 minutes of video game adaptation. It has plenty of product placement to help the bottom line (with Olive Garden particularly getting some bizarrely extended shout-outs). It has more than a few jabs at Sega’s eternal nemesis, Nintendo’s Super Mario Bros. and plenty of shoehorned gaming references that make sense to audiences but would be truly bizarre things for someone to say out loud. In particular, a scene in which Sonic escapes death and merrily shouts “I must have an extra life!” stands out.

But more than anything, Sonic the Hedgehog has Jim Carrey on its side. Even in a streaming small screen context, no one can play big like Carrey. He may have spent years trying to demolish his image as The Mask and Ace Ventura by looking thoughtful and sad in The Majestic and ​​Man on the Moon, but he can pull out the oddly sudden body movements and scene-chewing line readings like no one else. As the film version of Doctor Ivo Robotnik (Eggman, if you’re nasty), Jim Carrey returns effortlessly to the kind of overcaffeinated, barely human over-acting he displayed in Batman Forever’s Riddler. The two are very much a pair in their constant mugging, self-conscious villainy, and flair for drama. Perhaps the only difference is that The Riddler at least belonged in a world full of costumed heroes (including a Tommy Lee Jones who cannot sanction buffoonery), Dr. Robotnik is in something slightly closer to the real world.

Which is not saying a lot. Sonic the Hedgehog drop Jim Carrey into a world in which an interdimensional talking blue hedgehog needs magic golden rings to travel between universes when danger is near. It is not that shocking that Jim Carrey would help push this movie to streaming success when it is so utterly a movie that can be put on in the background as either innocuous entertainment or slightly intrusive white noise. That is not a deliberate insult; the movie certainly is fun on its own merits. James Marsden manages the near-impossible task of having convincing chemistry with a hyperspeed blue cartoon. There are more than a few unexpected laugh-out-loud moments, mostly due to the weird thread of sensitivity in Jim Carrey’s preening villain.

Whenever Jim Carrey returns to this kind of manic comedy, it feels like a surprise. However, it is not surprising that this particular Jim Carrey movie would end up number one on streaming. On its release in 2020, it made nearly $320 million at the box office and became the highest-grossing video game adaptation film ever. It was beaten by its own sequel a few years later, and a third movie and Idris Elba spin-off are already in the works. This is all pretty good for a movie that was nearly tanked before it began by the sight of what is now aptly dubbed “Ugly Sonic” and his disgusting, disgusting human teeth. It says something about the cultural crossover of the Sonic movies that even that particular aspect of the burgeoning franchise is popping up elsewhere. But that is the power of a wildly flagellating, hissing Jim Carrey on streaming platforms. 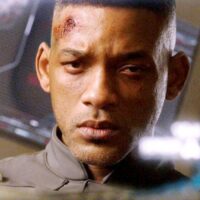 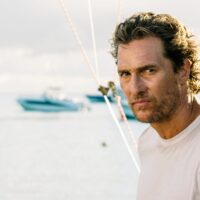