See Jim Carrey Officially Back As The Cable Guy

We seem to be living in a time of actors returning to long-dormant roles. Andrew Garfield and Tobey Maguire returned to the part of Peter Parker for Spider-Man: No Way Home, the original cast of Jurassic Park is returning to the franchise, and even Ewan McGregor is reprising the role of Obi-Wan Kenobi for an upcoming Disney+ series. But with all these actors going back to beloved roles, apparently what’s missing is a big-name celebrity returning to one of his least loved roles. Thankfully, Jim Carrey is here to pick up the slack. The actor is officially returning to the part of Ernie “Chip” Douglas, aka the Cable Guy.

As far as we know, there’s no remake, reboot, or sequel on the way for the 1996 black comedy The Cable Guy. Instead, Jim Carrey is suiting up as the handyman/stalker for a Super Bowl commercial this Sunday. Verizon released a teaser for the ad on Wednesday, showing Carrey getting his tools together and testing out a power drill. You can see that preview below.

Directed by Ben Stiller — who would later go on to direct the absolutely brilliant Tropic Thunder — The Cable Guy featured Jim Carrey as an unhinged cable installer who becomes fixated on architect Steve Kovacs (Matthew Broderick). While the film wasn’t a flop — as producer Judd Apatow would point out years later — it came out at the height of Carrey’s popularity when hits like Ace Ventura and The Mask had everyone expecting the funnyman to be swimming in pools of money after every film premiere.

The Cable Guy is also something of an uneven beginning of Carrey’s transition from a purely comic actor to one who made critics swoon in weightier roles like the one he played in Eternal Sunshine of the Spotless Mind. While a lot of the messages of The Cable Guy didn’t land with audiences of the time — nor did it reach the same dramatic levels of Eternal Sunshine — you have to remember that Carrey built his fame as a private detective who — in the first half hour of Ace Ventura — talks out of his actual butt. For him to go from that to a movie with any amount of emotional complexity was a big step out of his safe space. Two years later he would take the lead role of The Truman Show, and the following year came perhaps his most beloved film — the biopic Man on the Moon.

In the years since the release of The Cable Guy, fans have started to take new looks at the film. GFR’s own Nathan Kamal, for example, calls it Jim Carrey’s best movie. He argues the brilliance of the film can only be seen if you consider the roles Carrey was known for at the time. Chip Douglas, he argues, is a dark and deconstructive take on Carrey’s other over-the-top characters like Ace Ventura and Dumb and Dumber‘s Lloyd Christmas. Is he right? Perhaps. Is it possible that could’ve been accomplished without the most awkward, nightmare-inducing karaoke scene in this or any other universe? Yes. Yes, it is. 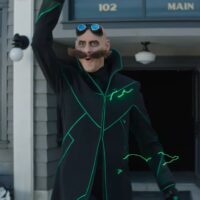 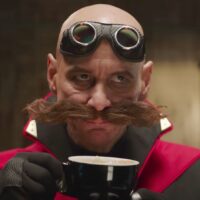 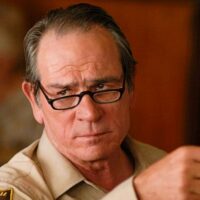