See Jessica Chastain Kneel Next To A Roaring Fire

Jessica Chastain hangs out by a roaring fire in her newest Instagram video.

Jessica Chastain is an actress currently on fire in Hollywood. The actress has two projects in post-production and one that she’s filming as of this writing. Chastain’s fiery career in the industry probably inspired her to kneel next to an actual roaring fire in the Instagram video above.

The award-nominated actress posted an intriguing video of herself on Instagram. The video shows Jessica Chastain’s reflection burning in a raging fire. She included the caption, “When your Instagram boyfriend isn’t your boyfriend.”

Her Instagram video is quite haunting and beautiful. It isn’t easy to understand what the video could imply, though it did receive much attention from fans of her on social media. Regarding Jessica Chastain’s personal life, the actress is currently engaged to fashion brand Moncler executive Gian Luca Passi de Preposulp.

While the meaning of the video is unclear, Jessica Chastain’s film schedule certainly isn’t a mystery. She’s set to appear in the upcoming Netflix thriller The Good Nurse. The film is inspired by the true story of mysterious deaths that occurred inside several hospitals.

Jessica Chastain plays a character named Amy Loughren, one of the nurses working in a hospital’s ICU. A trailer for the Netflix thriller arrived earlier this month. In addition to Chastain, the film also stars Academy Award-winning actor Eddie Redmayne.

The trailer suggests that all of the mysterious murders point to Redmayne’s character. The Jessica Chastain-led thriller also draws inspiration from the book The Good Nurse: A True Story of Medicine, Madness, and Murder by Charles Graeber. The book was published back in 2013.

The actress recently had a discussion about nudity in films. She began her feature film career starring in the 2008 film Jolene, in which she appeared in the buff. When discussing nudity, Jessica Chastain mentioned how she has “no issues” with it, especially when it comes to European Cinema.

The issue for her comes when nudity is depicted in American Cinema. Jessica Chastain told Vulture that she finds the depiction “uncomfortable” and said she draws the line when the person chooses not to be nude. The actress said she sees it as “victimization” rather than something beautiful and earned.

Jessica Chastain recently appeared in a stylish red dress at the Toronto International Film festival. She included highlights of her time at the festival in a video on Instagram. The video had a Chipmunk-ified version of Taylor Swift’s “Don’t Blame Me.”

The actress oozes grace and beauty while going overboard. It’s an aspect that makes her stand out in Hollywood and is shown during her performances onscreen. Regarding her influence in the industry, Jessica Chastain was named one of Time Magazine’s most influential people in 2012 following her award-nominating performance in Zero Dark Thirty.

While her reflection may be burning from behind the glass, her star power continues to shine a glowing light in the industry. Jessica Chastain’s role in The Good Nurse may earn the actress another acting nomination at the Oscars. With the type of talent involved and the October release date, it seems Netflix could be looking at the project as a potential awards contender. 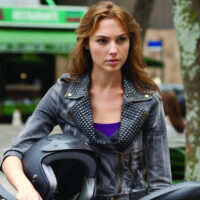 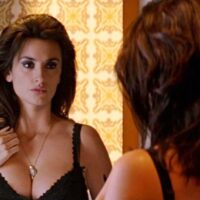 See Penelope Cruz Busting Out Of A Leather Corset