Successful comedies occasionally get a second wind in the form of a belated sequel or revival, but sometimes, we are treated to talk of could-have-been sequels that will probably never happen. Well, now we have some fun new details about what writer-director Cameron Crowe envisioned for a theoretical Jerry Maguire 2. But if Crowe had his way, this sequel wouldn’t even focus on Tom Cruise‘s title character.

During an illuminating interview with Collider, Jerry Maguire director Cameron Crowe revealed what he would have liked to see in a Jerry Maguire 2. The bulk of the interview focused on a new Blu-ray release of Crowe’s 2005 film Elizabethtown, but Jerry Maguire was brought up because the sequel was Crowe’s reason for being late to the call.

Here’s what Crowe had to say about his idea for a potential sequel:

From time to time, people have called up and said ‘We want to do a TV show of Jerry Maguire,’ and I’ll say, ‘You know, I think that story continues with the Tidwells,’ and they never call back. You don’t want to see Regina King do Marcy Tidwell? I’d do that in a second.

So if Cameron Crowe had his way, Jerry Maguire 2 would not really be about Tom Cruise’s character at all, and would maybe be a television show instead of a film. The first Jerry Maguire was released in 1996 to critical acclaim, earning it five Academy Award nominations – including two for Cameron Crowe – three Golden Globes nominations, and three Screen Actors Guild Awards.

If anyone could do a proper Jerry Maguire 2, it would of course be Cameron Crowe. The guy has a pretty solid track record and his idea of what would make a quality sequel tick is probably a good one. Original ideas are becoming increasingly rare in Hollywood, so it is nice to see that some directors are still thinking outside the box.

Jerry Maguire stars Tom Cruise, Regina King, Cuba Gooding Jr., and Renée Zellweger and centers around a sports agent who struggles to balance his own management firm and a new love interest. There are no actual plans for a Jerry Maguire 2 at this moment, and it seems unlikely that one will ever happen. Still, it is fun to imagine what a Tidwell-focused Jerry Maguire sequel would look like, especially with Crowe behind the camera again.

But probably the biggest problem with Cameron Crowe’s vision for Jerry Maguire 2 is that Cuba Gooding Jr., who won an Academy Award for his role as football star Rod Tidwell, has had a fair share of legal problems in recent years. Gooding has been accused of sexual abuse by multiple women, and was last year accused of raping a woman twice in 2013. While Crowe’s idea for Jerry Maguire 2 might be great in theory, it seems like a sequel series would probably have to recast Gooding.

In addition to Jerry Maguire, Crowe has written and directed many other popular, endearing films, including the aforementioned Elizabethtown, Almost Famous, Fast Times at Ridgemont High, and Say Anything. The response to many of his films has been overwhelmingly positive, although his more recent films like We Bought a Zoo, Aloha, and the Showtime series Roadies have received less-than-stellar reviews. Maybe going back to the well with Jerry Maguire 2 would revamp Crowe’s career? 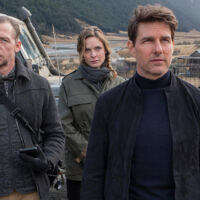