Jeremy Renner has a somewhat checkered past when it comes to off-color language and even some racist remarks. There have been some which have offered a fairly rough image of the actor with insensitive phrasing and use of language that some found offensive. Well now, his latest show will cover, among other things, systemic racism. And in this one, his character might actually have the actor leaning into some of those recent statements. It will be interesting to see how this is received.

Mayor of Kingston will star Jeremy Renner in the lead and titular role as Mike McLusky who is the de facto leader of a small Michigan town. His family is apparently something like the local mafia, in charge of the economic system which revolves around the local prison. Renner describes his character as operating within a “flawed system of checks and balances” which is probably code for “he’s a really terrible dude”. If the prison system is the core “business” in the town and systemic racism is the major theme, then we could see Renner portraying a truly awful guy.

This latest release with Jeremy Renner in the lead came as part of the new streaming app Paramount+ (formerly CBS All Access) announcing its upcoming programming schedule. The show will come from Taylor Sheridan who’s already helming the wildly successful Yellowstone which is also set to get two spinoffs, Y: 1883 and the tentatively-titled 6666. This latest show won’t be within the same world as those programs, separating itself geographically and thematically. Sheridan and Renner have worked together before on the film Wind River. While critically well-received, it did catch some flak for casting a white lead in a movie about an Indian Reservation.

As far as Jeremy Renner and past racial issues, the actor has a few blemishes throughout the years. Back in 2005, while promoting his film Neo Ned about a skinhead Neo-Nazi, Renner used racial slurs to describe some of the character’s motivations and feelings. In the movie, his character falls in love with a black woman. Some felt his comments about the relationship were off-color, to say the least.  And later, while promoting The Avengers he used the word “gypsy” to describe Elizabeth Olson’s Scarlet Witch. That word is considered offensive by those of Romanian descent.

Where this new show lands Jeremy Renner will be interesting to see. Obviously, in terms of on-screen talent, the actor is one of the best around. He consistently plays strong characters, but in recent years they’ve had much more of a moral backbone. Mayors of Kingston will likely diverge greatly from parts like Clint Barton in the Marvel Cinematic Universe. He’s set to reprise that role in the upcoming Disney+ series Hawkeye. But after that, it looks like he takes a darker turn, one that could drum up some of his quotes from the past. Whether it’s a story of redemption or Renner goes full evil in the role remains to be seen. If the description is any indication, it’s probably the latter. 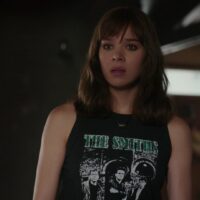 Robert Downey Jr. Working On A Sequel To An Underrated Movie