Jeopardy! has finally made the decision about who is going to be retained as the permanent host of the quiz show, and fans are furious.

Ever since the tragic loss of long-time Jeopardy! host Alex Trebek, the show’s hosting lineup has been in a state of flux. A revolving door of Jeopardy! hosts filled the void initially, but eventually, a permanent choice had to be made. Now it looks like Sony Pictures Entertainment has finally made its decision, and Mayim Bialik and Ken Jennings will be splitting the hosting duties from here on out. As with any show with a rabid following, the fanbase has thoughts on this matter. Some fans are happy with the decision:

While Bialik certainly has her fans, most of the Jeopardy! viewers seem to be taking umbrage with the decision, asking for Ken Jennings to be the permanent Jeopardy! host. The two certainly both have credentials for the job. Mayim Bialik is best known for her role in The Big Bang Theory but she’s also a neuroscientist in real life. She also is still acting, so her obligations would make it difficult for her to be the full-time host. Ken Jennings is known for being one of the best Jeopardy! contestants of all time, holding the record for the longest winning streak with 74 consecutive wins. Many fans argue that Jennings knows the game better and it flows more easily when he’s the host.

Reports say the Bialik will be onboard to host primetime versions of the show and the new Celebrity Jeopardy! that is said to air on ABC. Meanwhile, Bialik will also be appearing on the Fox show Call Me Kat which is set to have a third season. Previous reports indicate that there would be more versions of Jeopardy! to come, meaning the decision to have multiple Jeopardy! hosts on hand was a necessary one, regardless of fan backlash. Not all fans are vehemently against Bialik’s position as a permanent host though, some are more fair-minded about the matter.

While Ken Jennings time on Jeopardy! gives him the most experience with the format, it seems some fans are just fine with Mayim Bialik coming on as the Jeopardy! host to fill in or for special editions of the show. Still, according to a TV Insider survey, 82% of viewers preferred Ken Jennings as the permanent host, with 6% preferring Bialik and 5% liking the idea of an alternating host. It doesn’t seem like Sony Entertainment made the popular decision, but it might be the best decision for their future if they’re having multiple versions of Jeopardy!

Related:
Mayim Bialik Getting A Whole New Round On Celebrity Jeopardy!

Regardless of who the Jeopardy! hosts are, the long-running gameshow likely won’t slow down anytime soon. Despite the grumbling of fans, plenty of them will still tune in to test their own knowledge and watch contestants compete. Whether fans prefer Ken Jennings, Mayim Bialik, or both, they’ll technically get what they want either way. Fans can either tune in for their favorite host or deal with the host they don’t enjoy as much if they want to watch the latest episode. You can check out new episodes of Jeopardy! on weeknights through Friday, July 29. 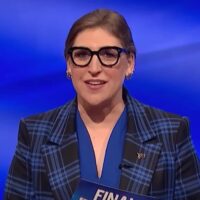 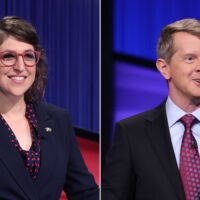