The popular quiz show, Jeopardy! has solved at least one of its glaring problems. Sony, the producer of the iconic show, has announced that Michael Davies will replace Mike Richards as executive producer for the long-running show. Richards, as you might recall, was fired as both executive producer and host of the show last August amidst a scandal surrounding his behavior and the state of morale in the workspace he created. Variety was among the first to report the hiring of Richards.

Jeopardy! has been engulfed in turmoil since the death of long-time host Alex Trebek on November 8, 2020. Trebek had hosted the series for over three decades, first taking the role in 1984 and appearing in over 8,200 episodes before succumbing to pancreatic cancer. After his passing, the show rotated several guest hosts to head the show, hoping that one would click with audiences. Sony shocked viewers last year when it announced that, rather than choose one of the popular guest hosts, executive producer Mike Richards would be elevated to permanent host.

That move backfired just nine days later, as Richards’ past actions came into question. It was revealed that he was sued for discrimination in 2010 and 2011 by multiple models working on The Price Is Right, where he served as executive producer. He also was highly criticized over comments he made on a podcast several years ago. It seems Richards was not a popular figure among Jeopardy! staff and contestants. When his firing was announced, champion contestant James Holzhauer tweeted a “Ding Dong the Witch is Dead” GIF.

Although Richards had already started filming episodes for the 38th season of Jeopardy!, he was replaced quickly by Mayim Bialik and Ken Jennings, who rotated the hosting duties this season. With Michael Davies, a successful and well-respected executive at the helm, Jeopardy! can now move forward to righting the boat and make some permanent decisions going into the show’s 39th season this fall. Ratings didn’t seem to suffer much despite the turmoil: in recent weeks, the show has had higher ratings than CBS’ 60 Minutes. Davies had already replaced Richards on an interim basis as executive producer in August, so this announcement shows the new leadership is working well. “I am both honored and humbled by the faith the studio and the staff have put in me. Over the next few months, the scope of our plans will become clear,” Davies said in a statement on the Jeopardy! website.

The British-born Davies runs the production company Embassy Row, creator of another popular game show, Who Wants to Be a Millionaire? and the entertainment news show Watch What Happens Live. Although Davies was brought on initially to help settle the turmoil at Jeopardy!, Sony appears ready to give him complete reign. His past work also includes producing Wife Swap, Celebrity Wife Swap, Talking Dead, The Walking Dead: Origins, and The Jenny McCarthy Show.

Sony has still not decided on a permanent host for the show. Many tabloid publications, including The Sun, have reported that Ken Jennings has the inside track to the job. Not only is he seen as a more capable host, but he also seems to “click” with Jeopardy! viewers, and ratings for episodes he hosts are consistently higher. An announcement on a permanent host, however, is not expected until this summer, after the season has ended. 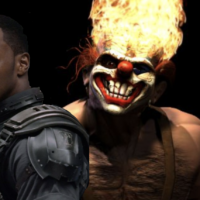