When Jensen Ackles and Jared Padalecki signed onto a slightly goofy fantasy series that could be best described as “The X-Files meets The Dukes of Hazzard,” they almost certainly could not have known that it would develop the kind of cult it has. Supernatural is the longest-running American live-action fantasy TV series ever and has the sort of dedicated fan base that shows up to Comic Cons year after year, but shockingly, it has never actually had an official spin-off. Jensen Ackles is producing a new prequel series titled The Winchesters, and lo and behold, The CW has actually ordered a season worth of episodes. We have some first looks at what we will see in this new series about Sam and Dean Winchester’s parents in their own youth:

In the above image from the upcoming Winchesters, we can see the young parents of Jensen Ackles’ and Jared Padalecki’s characters. In this iteration, they are being played by Drake Rodger and Meg Donnelly as twenty-somethings who have just met and are yet to fall in love and produce a pair of ghost and demon-fighting young boys. In the show Supernatural, John and Mary Winchester appeared periodically, played by The Walking Dead’s Jeffrey Dean Morgan and Samantha Smith. The characters were occasionally played by other actors (for different ages, mostly), but those two pretty much cemented the roles in fans’ minds.

The Winchesters is also set to feature Jensen Ackles as the narrator of his parents’ previous lives, though it is not known whether he will appear onscreen at any point. There was some consternation in Supernatural fandom when it became known that Jensen Ackles had developed and pitched The Winchesters to The CW without longtime co-star and friend Jared Padalecki’s knowledge, but it appears the two have managed to work it out between themselves.

The show will also star Nida Khurshid, Jonathan Fleites, Demetria McKinney, and Bianca Kajlich as new characters developed by Jensen Ackles. The Winchesters is said to begin with John Winchester returning from a tour of duty in the Vietnam War and Mary Campbell looking for her missing father. If the history of television has taught us anything, it is that these two will meet and have initially combative energy that slowly develops into a will they or won’t they dynamic, likely punctuated by periods in which they feel they have been betrayed by the other until an eventual reconciliation. That’s just our speculation based on Moonlighting, though.

The Winchesters is Jared Ackles’ first attempt at producing a show himself. Presumably, The CW is hoping that the Supernatural fanbase gets behind it, as the network seems to be canceling shows left and right otherwise. Of course, Jensen Ackles is staying pretty busy with his upcoming role on Amazon Prime Videos’ ultraviolent comic book adaptation The Boys as a pseudo-Captain America riff called Soldier Boy and joining the cast of the popular mystery series Big Sky. The Winchesters is currently scheduled to be released in the fall season of 2022. 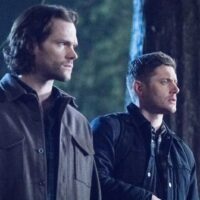 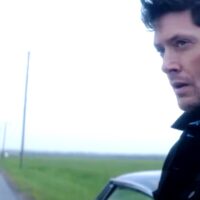 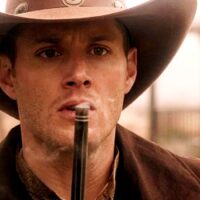