Nobody puts Baby in the corner for this one, no chance at all. Fans of Jennifer Grey getting held up the sky in almost iconic fashion are going to like the news on this one. It looks like the actress is going to return to arguably her most popular, and crowd-pleasing role in an upcoming movie. We are getting a Dirty Dancing sequel and Grey will reprise the role of Baby Houseman from the original movie. It’s now been more than 35 years since the first flick came out and a sequel will pick up the story in some fashion in the next few years.

All of this came at the CinemaCon event (via Entertainment Weekly) with an announcement coming from Lionsgate during one of their presentations. While Jennifer Grey wasn’t in attendance, the marketing for this planned sequel said that she would “return to Kellerman’s” when it finally hit the big screen. This is a reference to the Catskills resort featured in the 1987 film. It’s where Grey’s Baby goes on vacation with her upscale family and eventually through a series of iconic dance numbers (and a cautionary tale of classism) falls in love with Patrick Swayze’s Johnny Castle.

It’s not known exactly how Jennifer Grey will pick back up as Baby Houseman in this Dirty Dancing sequel though an “easy” guess at it would have her returning with her own family to relive some of the magic of that first summer (Grey is now 62). We don’t know how her life turned out following hers and Castle’s courtship, though we know he is no longer in the mix with Patrick Swayze tragically passing away back in 2009 following a battle with pancreatic cancer.

A sequel to Dirty Dancing was announced back in 2020 though news on that front has been relatively quiet since. This Jennifer Grey announcement marks one of the first big moments in acknowledging the reality that we are going to get a follow-up story. Considering how the movie entered the zeitgeist at the time, and how some of the scenes have been mimicked or referenced over the years, one would have to think there would be a strong audience ready and set to return to theaters (or streamers) for Baby’s next story.

Jennifer Grey had standout roles early in her career with scene-stealing spots in Red Dawn and Ferris Bueller’s Day Off, but it was Dirty Dancing that really launched her career in the late-80s. She was instantly famous, with hordes of teens now jealous of that summer she spent at Kellerman’s. And the original Dirty Dancing movie did kickoff something of a mini-franchise around the original IP. There was a prequel(ish)  film, Dirty Dancing: Havana Nights that came out in 2004 and pretty much completely bombed. Patrick Swayze appeared in that film as a dance instructor, though it was mostly a head-nod to the original movie considering this one was set three decades before the events at Kellerman’s.

We will wait on word around Jennifer Grey reprising this role of Baby Houseman in the Dirty Dancing sequel and there’s a good chance some future casting news will help lay the groundwork for the kind of story they are planning on telling. 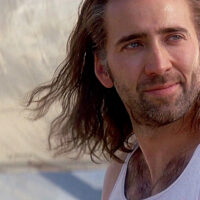 See Nicolas Cage As The Joker