Julliard trained Jennifer Carpenter has had quite the success on the big screen, small screen, and even the stage. Lately though, and unfortunately for Carpenter, her career has seen more misses than hits. Let’s dig into where she’s been and why you haven’t seen her as much lately, the further away we get from Dexter.

Jennifer Carpenter’s training began at the Walden Theater Conservatory before she moved over to Juilliard. Before she even graduated, Carpenter found herself sharing the stage with the like of Liam Neeson and Laura Linney on Broadway in Arthur Miller‘s The Crucible.

She turned her Broadway role into her first acting gig, a small role in the feature People Are Dead. After that, Jennifer Carpenter appeared in the drama Ash Tuesday, a story about a group of people dealing with pain, loss, and an inexplicable link after the destruction on September 11th.

She found herself with another couple of minor roles in movies such as D.E.B.S and White Chicks before Lethal Eviction gave her a larger role to chew on. Then came the role where she gained her first good critical reaction. It was for the horror movie The Exorcism of Emily Rose. Jennifer Carpenter played the title character and her performance got her the 2006 Best Frightened Performance at the MTV Awards. She also received the Breakout Performer at the 2006 Scream Awards and a Hollywood Life Breakthrough Award.

With her star on the rise, Carpenter moved on from critical feature film fame to small screen critical claim.

Jennifer Carpenter landed a juicy role as Debra Morgan in Showtime’s original series Dexter. The long-running series starred Michael C. Hall as a forensic analyst, specializing in blood splatter pattern analysis, who was also a serial killer. Jennifer Carpenter appeared as his sister Debra and was a main character throughout the show’s eight-season run.

Dexter was based on the novel Darkly Dreaming Dexter written by Jeff Lindsay. For her role, Jennifer Carpenter had to run the gamut of emotion, showing her true Julliard training. If you’ve followed the series, you know Deb’s fate. If you plan on seeing it, definite spoilers are to follow.

After seeing all and living through it, after her complicated relationship with Dexter, Jennifer Carpenter’s character Deb finally meets the end she felt so fitting. She spoke to The Hollywood Reporter about her character’s demise and how she found out Deb wasn’t going to survive. “I found out when hiatus was coming to a close. [Showrunner] Scott Buck had me in his office and we talked a bit about it. He wasn’t sure how it was going to spin. There were three different scenarios that they were playing out. The only thing I didn’t want was for Dexter to kill her. In a strange way, I wanted her [death] to be a suicide. I wanted Deb to take the one thing that was totally alive in his life away. But how it played out was much better. Deb deserved to die an organic death. Yes, she was shot, but it was something that she signed up for long before she ever joined the force. I was really satisfied. It was incredibly cathartic for me as an actor to set it down in such a way. The way Dexter sets her body in the water is how I felt like I was able to let it drift.”

The series enjoyed much critical acclaim. It was nominated for a total of 24 Emmy Awards, Golden Globe Awards, Screen Actors Guild Awards, and Peabody Awards. The series also spawned a web-series animated show called Dexter: Early Cuts in which Jennifer Carpenter lent her voice as Deb in a couple of episodes.

HOW TO MARRY (AND DIVORCE) A SERIAL-KILLER

Working on hit TV series makes for strange bedfellows. Such is the case for Jennifer Carpenter when it was revealed that not only was the actress sharing screen time with Michael C. Hall but she was also sharing bedroom time with him. The pair began dating shortly after the series began airing and two years later, on New Year’s Eve, they eloped.

The series continued while the couple was married and amazingly enough, Dexter continued on for a few more years, with both leads keeping their respective roles, after the two announced their divorce in 2010.

How difficult was it for the two lead stars to have a healthy relationship turn sour and still remain professional? Carpenter spoke about that exact subject via Divorce Magazine, “…he is and always will be one of my best friends in the world. And just because the marriage ended doesn’t mean the love isn’t still there. We take very good care of each other and our cast — we always have — and I’m just really lucky.”

Jennifer Carpenter also spoke at a PaleyFest Dexter Fall Farewell event, “I feel like marriage is sort of like a generic label. Our marriage didn’t look like anyone else’s. And our divorce didn’t either. So, I’ve said it before and we’ve said it before. Just because the marriage ended doesn’t mean the love did. It’s an awkward thing to talk about your personal life in front of a bunch of strangers, but there’s nothing but love and respect. Nothing.”

Her ex Michael C. Hall was also at that event and added about working together after the couple had divorced, “It’s gratifying, honestly,” Hall maintained. “The fact that Jennifer and I worked through whatever was going on with us personally in the way we did and maintained our commitment to telling this story was never in question. It was always what we needed and wanted to do.” To date, even though they have moved on in their lives, they remain close friends.

Actually, life during Dexter wasn’t bad for Jennifer Carpenter. She continued to star in features such as Battle in Seattle, Quarantine, Faster, and Gone. She also did her fair share of voice work on the children series Pound Puppies.

After Dexter ended its run, Carpenter continued to work both in front and behind the camera. She was seen in The Devil’s Hand, Sea of Fire, and then in two features with Vince Vaughn (Couples Retreat, Dodgeball), Brawl in Cell Block 99 and Dragged Across Concrete. She lent her vocal talents to the horror video game The Evil Within and also played Catwoman in the animated movie Batman: Gotham by Gaslight.

Now 40-years-old, Jennifer Carpenter is married to musician Scott Avett. They tied the knot in 2016. They have one child together, a son born in 2015.

Recently Jennifer Carpenter has tried her hand again on a couple of TV series, neither faring as well as her time on Dexter. She first gave it a shot with the series Limitless, which lasted but one season. Then she also gave The Enemy Within a try, it too only lasted one season. She was last “heard” on the animated movie Mortal Kombat Legends: Scorpion’s Revenge as Sonya Blade.

Jennifer Carpenter has shown in the recent past that she can perform. It seems now, she just has to pick a series with some legs. 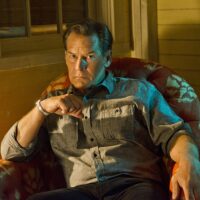 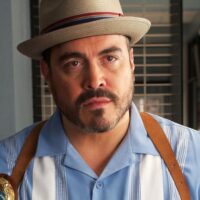