Jeffrey Dean Morgan tends to play a variety of rough, dangerous characters. Now, he is a professional actor, so the fact that he plays coldblooded killers like Watchmen’s Comedian and The Walking Dead’s Negan doesn’t mean that he isn’t a perfectly nice guy in real life who would probably be perfectly charming to spend time with. However, he can get pretty harsh on Twitter, and now is one of those times. It turns out that fans of AMC’s long-running zombie show The Walking Dead are pretty vocally angry that the upcoming spin-off based around Norman Reedus’ character Daryl and Melissa McBride’s character Carol has been pared down to Daryl only. It seems some people have been blaming Reedus for the change, and Jeffrey Dean Morgan is not having it. Here is what he said on Twitter:

Jeffrey Dean Morgan has his own spin-off of The Walking Dead in development, titled Isle of the Dead, so he probably has a lot going on. However, he did take the time to chime in about the situation involving his longtime co-stars and made some good points. The Daryl and Carol spin-off was first announced all the way back in September of 2020, and was intended from the beginning to take place after the upcoming conclusion of the parent show. So fans have had quite a bit of time to build up their unreasonable expectations and baseless sense of entitlement as to the personal choices of the actors who portray roles on shows they like. According to a statement released by AMC, the production of the show is set for this summer and will be filmed in Europe. Per the statement, the relocation to Europe for filming was “logistically untenable” for  Melissa McBride, which could be any number of reasons. But as Jeffrey Dean Morgan Tweeted, that is up to McBride herself in the end.

For whatever reason, there has been some speculation that Norman Reedus was involved in Melissa McBride’s character being jettisoned from the spin-off, which is part of what Jeffrey Dean Morgan is addressing. In all probability, it is far more likely that McBride just could not be involved than two longtime co-workers without any known history of feuding or clashes would have a falling out so severe as to cause this. Certainly, we can assume AMC did everything in its power to retain Melissa McBride for the untitled Walking Dead spinoff, as the rhyming power in “Daryl and Carol” would be golden for its marketing department.

The Walking Dead has been on the air since 2010 and swiftly managed to develop a deep and loyal audience. Even a character added as late as Negan (Jeffrey Dean Morgan) has managed to develop a following meriting its own show, though that might also be AMC’s need to shore up the loss of their remaining flagship show. Like any other fandom, it seems that people who love something in pop culture like The Walking Dead are ready to turn on it at a moment’s notice. But if you do, you are going to have to get some stern words from Jeffrey Dean Morgan. 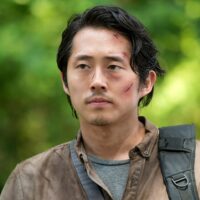