Oft times, the original is always the best. There have been occasions where a sequel has been considered superior to the first, but those are few and far between. Though, one Jeff Goldblum original is a prime example where a sequel was warranted and quite profitable, the original setting the pace for success. Jurassic Park, starring Jeff Goldblum, believe it or not, is now nearly 30 years old and though it came out in 1993, its popularity continues to shine as it sits at #4 on HBO Max.

We all know the story. Wealthy industrialist John Hammond (Richard Attenborough) creates a theme park of cloned dinosaurs. Before he can bring the park online for visitors, he needs to prove to insurers that the park is safe, especially after an accident where a dinosaur handler was killed by a Velociraptor. Enter Jeff Goldblum and company.

To gain safety clearance, Hammond enlists the expertise of Ian Malcolm (Jeff Goldblum), a mathematician and chaos theorist, paleontologist Alan Grant (Sam Neill), and Dr. Ellie Sattler (Laura Dern), a paleobotanist. As Hammond brings them to Isla Nublar, located off the coast of Costa Rica, they have their first encounter with live dinosaurs, a sight that not only floors the doctors, but audiences seeing these creatures on the big screen for the first time. Plus Jeff Goldblum has plenty of muted commentary to provide.

But what Hammond was hoping for from these doctors, he doesn’t get. As Hammond reveals how he created the dinosaurs, all three conclude that Hammond should never have played God with his creations.

Hammond then suggests the group take a tour of the island to view each dinosaur, hoping they will change their minds. Joining the doctors are Hammond’s grandchildren, Lex and Tim. As expected, things don’t go well for all involved.

Working against Hammond and unbeknownst to all is Dennis Nedry (Wayne Knight), an extremely disgruntled computer programmer who feels his worth is more than what he is receiving. In order to make himself financially happy, Nedry sells Hammond’s secrets to rivals of Hammond, who have nothing but bad intentions. Nedry has also programmed the park to go offline while the group is out on the park tour.

With the stage set, the movie becomes a visual feast of hunters and hunted with the T-Rex taking center stage in impressive fashion. The thrills are plenty and the action is tense. Jeff Goldblum as Malcolm provides plenty of comedic relief and the cast is well-rounded with Samuel L. Jackson, Martin Ferrero, Joseph Mazzello, Ariana Richards, and B.D. Wong.

Director Steven Spielberg first learned of author Michael Crichton’s Jurassic Park while the two were discussing a Crichton idea that eventually became TV’s hit series ER. To Crichton’s credit, before the novel was even published, he had already negotiated a big payday (to the tune of $1.5 million) for the film rights to his book.

The novel then went into an intense bidding war that Universal Studios eventually won. Spielberg was wanting to get Schindler’s List started, and was given the green light by Universal, that is if he completed Jurassic Park first.

It was a move that paid off for all involved. Universal handed Spielberg $63 million to bring back dinosaurs and the film, to date, has brought in over $1 billion globally. Of course, the film spawned the sequels, The Lost World: Jurassic Park, Jurassic Park III, Jurassic World, Jurassic World: Fallen Kingdom, and the upcoming film, Jurassic World: Dominion, which will see the return of original stars Neill, Dern, and Jeff Goldblum.

On top of the $5 billion franchise Jurassic Park has become, it also remains a large part of Universal Hollywood’s theme park. The popular ride began as Jurassic Park but as the new movies have become popular, the theme park redesigned the ride to include the film’s current stars, Chris Pratt and Bryce Dallas Howard.

It’s always interesting, when looking back at blockbuster hits, to see those (what we here at Giant Freakin Robot fondly call) “could haves.” You know, those actors who “could have” been starring in the big blockbuster film but for some reason passed on or were passed over.

Take for instance the role of Dr. Alan Grant, one that Sam Neill eventually was given. Spielberg initially offered the plum role to William Hurt, but the actor turned it down without even reading the script. Spielberg then approached long-time friend and frequent collaborator Harrison Ford, but Ford politely declined.

Things sometimes happen for a reason though. Neill finally grabbed the role of Grant just weeks before filming started not knowing one thing about the movie as he had never read Crichton’s novel.

For the role of Ian Malcolm, the one that Jeff Goldblum made his own, he wasn’t the only actor considered for the part. In fact, fun fact – Jim Carrey auditioned for the part. It was Goldblum’s quirky take on the character that nailed him the part.

By the time Spielberg hired Jeff Goldblum to square off against dinosaurs, he already had left a mark on the feature film box office. After appearing in films like Annie Hall, Invasion of the Body Snatchers, The Big Chill, The Right Stuff, and Silverado, Goldblum made a big impact in David Cronenberg’s gory remake of The Fly.

From there, Jeff Goldblum began to develop his very unique style, one that has made him a fan favorite. His list of films is long and celebrated as is his time on the small screen. Goldblum joined the MCU first in a cameo as Grandmaster in Guardians of the Galaxy Vol 2, then fully reprising the role hilariously in Thor: Ragnarok.

Jeff Goldblum brought back Ian Malcolm briefly for Jurassic World: Fallen Kingdom and, as mentioned, looks to play a much larger part in the upcoming Jurassic World: Dominion sequel. For now, take it back to where it all began and check out Jeff Goldblum in Jurassic Park. It can be seen on HBO Max. 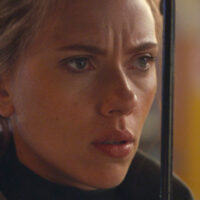