The ABC comedy The Goldbergs is going through a major shakeup right now and they’ve apparently dismissed one of the series stars from the show. It could mark a huge shift for the series which is among one of the most popular on the network. According to Deadline, Jeff Garlin has left the show and has filmed his last scene. This is in the wake of on-set behavior allegations that detail Garlin having multiple issues with the cast and crew over the last few years.

It’s unclear how The Goldbergs will handle the dismissal of Jeff Garlin within the context of the series. But it looks like this movie is a permanent one with the actor coming to an agreement with the network that would have him not returning. According to the reporting, the move to let Garlin go comes in the wake of allegations detailing his treatment of other cast and crew members as well as his overall behavior on the set.

This news originally stemmed from a Vanity Fair article written a few weeks ago in which it was said that the actor and comedian had been under investigation for multiple years about incidents on the set of the series. Apparently, Jeff Garlin had been spoken to numerous times by the HR department about his off-color jokes on the set, with employees of the show filing complaints about his language. There were also report of “unwanted physical contact”. This had apparently come in the form of hugging without getting consent from others.

And in addition to this, there was another story from Deadline that had Jeff Garlin getting into a verbal interaction with some stand-ins who had been brought in to film scenes for a The Goldbergs episode. According to their account, Garlin screamed at someone for blocking his way on the set, berating both a husband and wife pair who were on set to shoot scenes. This incident appears to have been what ultimately led to The Goldbergs and Jeff Garlin parting ways.

The Goldbergs is in its 9th season on ABC and has been a solid performer for the network over the years. The series is a call back to the 1980s with the show following the titular family through the eyes of the show’s star Sean Giambrone who plays Adam Goldberg. This is based on the real-life Goldberg’s actual childhood. The showrunner has used much of his own personal experience to fuel the stories. Jeff Garlin plays the father, Murray, who is a gruff patriarch of the family, playing a cliched version of the American dad.

Jeff Garlin, for his part, has denied some of the allegations stemming from his time on The Goldbergs referencing the incidents as “jokes”. It is clear from the Deadline reporting that others did not see it that way. In addition to his work on The Goldbergs, Garlin is also a co-star and producer on HBO’s Curb Your Enthusiasm with Larry David. That series is rounding out its 11th season on the network.  It is unclear how The Goldbergs will handle the exit of Garlin within the context of its story though they likely have time to figure it out. The show is about to wrap up airing its 9th season. 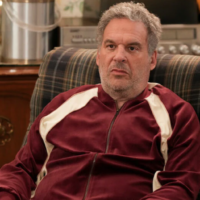 The Flash Movie: Michael Keaton And More Returning To DC