The Fate Of Jeff Bridges’s New Series Has Been Decided

What’s it like watching a 72-year-old actor making like Jason Bourne on a cross-country road trip? Well, according to all the people who have been watching Jeff Bridges in The Old Man on FX and Hulu, it’s pretty damn great. The series’ streaming premiere broke some impressive records, and in response FX has renewed The Old Man for a second season.

Deadline and others reported yesterday that we’ll be getting at least one more season of the Jeff Bridges led series. FX reported that when it premiered the first two episodes of The Old Man two weeks ago, the response was overwhelming. FX says that no cable series premiere since January 2021 had higher numbers. Streaming-wise, FX apparently declined to reveal the actual numbers, but said The Old Man enjoyed the most-watched debut of an FX series on Hulu for its opening weekend.

The news must feel pretty good to Jeff Bridges considering the landmarks The Old Man has come to represent in his life. For one, it’s the Oscar-winner’s first time in a regular cast spot on a television series. Before The Old Man, Bridges’ only appearances on TV series were brief ones he made on his father Lloyd’s shows like Sea Hunt and The Lloyd Bridges Show. It was also The Old Man that Bridges was working on in 2020 when he received his lymphoma diagnosis. Production on the series was temporarily halted. Bridges’ cancer thankfully went into remission, though the COVID-19 pandemic created more delays.

It is, in one sense at least, a little ironic that the Jeff Bridges series will be coming back for a second season. The Old Man is based on the 2017 novel of the same name by Thomas Perry. While Perry’s fiction work includes three different book series, The Old Man is one of his stand-alone novels, leading many to believe the adaptation was a mini-series. Either the first season won’t completely cover the events of the novel, or the producers have a new continuation of the story in mind.

In The Old Man, Jeff Bridges plays Dan Chase — a former CIA operative who’s been living incognito for decades since betraying a warlord while working in Afghanistan. Chase is flushed out of hiding in the premiere episode when an assassin comes calling. With Chase exposed, his old acquaintance Harold Harper, FBI’s Assistant Director for Counterintelligence played by John Lithgow, has been tasked with bringing him in. Mercenary assassins and FBI agents pursue Chase on his cross-country journey, and along with decades of experience he has a pair of fiercely loyal rottweilers watching his back.

Joining Jeff Bridges and John Lithgow in The Old Man is Amy Brenneman (Heat) as Zoe — a woman Chase rents an airbnb from and grows closer to than he plans to. The series also stars Alia Shawkat (Arrested Development) as Harper’s protege Angela Adams who has some surprises up her sleeve. E.J. Bonilla (Gemini Man) plays Raymond Waters, an agent with a chip on his shoulder who refuses to let the old secrets Harper is desperate to keep buried remain hidden. 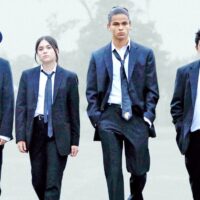 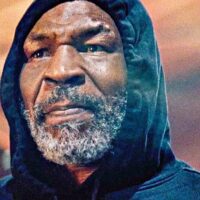 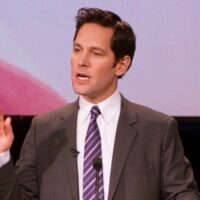 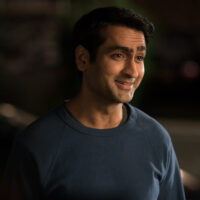