Jeff Bridges isn’t known necessarily for taking roles in the fantasy genre. Western? His low-end drawl plays pretty well with the spurs and saddle crowd. Superhero flick? He’s gotten into the villain role before. Mystery? Sure, he’s got a seedier element to him. Heck, what about stoner comedy? He’s got one of the most iconic turns ever in that genre. But high fantasy hasn’t been his bag all that much in the past. Except one of the few movies that saw him take part in a good versus evil struggle is now blowing up on Netflix. Seventh Son is currently ranked 6th overall globally on the streaming platform.

Seventh Son takes a pretty standard approach to the fantasy movie plotline. It’s the mid-16th century and an unsuspecting young man, Tom Ward (played by Ben Barnes) is called upon to apprentice for a mysterious blacksmith, Mastery Gregory (Jeff Bridges). Low and behold, there’s more than meets the eye with this older dude and Tom eventually finds out that he’s been called to help wage a war against the forces of darkness. Here, check out the trailer for Seventh Son:

Seems Tom is the seventh son of a seventh son, a lineage that gives him special powers needed to beat back impending evil. Like most fantasy stories, Tom is a newbie when it comes to all of this news. He has to go through training provided by Jeff Bridges to onboard both the main character and the viewer into this new world.

You can see that Jeff Bridges is in something of his element here as a gruff, but semi-willing mage and master. He’s there to guide Tom through the process of realizing his full powers while also setting the stage for the fight that’s to come. It’s a familiar movie role, seen played out a thousand times before. In this case, Bridges is a bit younger than some of the wise-old-elders we’ve seen in the past, straddling the line between able and ancient. It’s a part he can play based on his general tone and even from the trailer, it is clear he stands out against some of the other performances.

Joining Jeff Bridges in the cast, along with Ben Barnes are a few other notable faces. Julianne Moore plays Mother Malkin, a witch with extraordinary powers. Much of the movie’s plot is centered around ensuring she isn’t able to fully rise up and destroy humanity. Djimon Hounsou plays Radu, a powerful entity whom Tom needs to fight off. And there’s also Alicia Vikander who wasn’t a household name yet. She plays Alice, a young girl with secrets who Tom rescues early in the film. Even Kit Harrington has a small part in this one even though he was already a few years into his tenure as Jon Snow on Game of Thrones.

For all its good streaming juju now, Seventh Son was mostly a flop when it first hit the big screen. On a $95 million budget, it barely recouped its operating costs with only $114 million at the box office. This is pretty much a total bomb by movie economics’ standards. And the critical reception was arguably even worse. It’s sitting at just 12% on Rotten Tomatoes. Reviews were unfavorable across the board when it came to story and plotting. But they were particularly hard on Jeff Bridges and Julianne Moore possibly because of the expectations for them as big-name talents was even higher.

Regardless of this previous reception though, Jeff Bridges and Seventh Son are having a nice comeback the second time around. It’s clearly playing well for Netflix audiences who may still be seeking out new fantasy stories. And it doesn’t hurt that some bigger names are attached.

The 79-year-old Jeff Bridges doesn’t have any more movies in the fantasy realm coming up mostly because he doesn’t really have any actual movies in the pipeline right now. His last bigger production was in Bad Times at the El Royale, and he was excellent in the Father Daniel Flynn role. But there’s nothing else scheduled, beyond rumors, for the iconic actor. He is unfortunately locked in a fight with cancer that has moved him off the screen. Of course, we wish a speedy recovery to the iconic actor.  If you want to catch him these days, you’ll have to head on over to Netflix for Seventh Son. He’s still very much in the Bridges-mold in that movie. 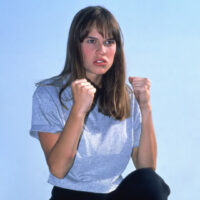 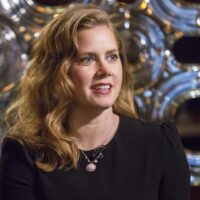 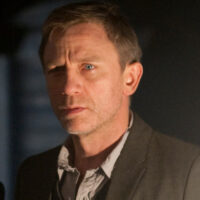 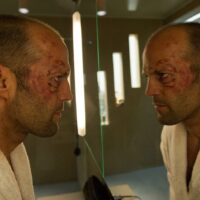