Jeff Bridges Says An Illness Almost Killed Him, And It Wasn’t Cancer

It’s been a while since we’ve seen Jeff Bridges in a project, and that’s definitely no coincidence. The COVID-19 pandemic has been rough for many and has taken many lives, and Jeff Bridges’ was almost one of them. The actor recently recounted his experience with both cancer and COVID in an interview with People magazine. From what he says, it seems like the health gauntlet he went through would put anyone out of commission for a long time.

In the interview, Jeff Bridges talks about the 12 by 9-inch tumor they found in his body and the non-Hodgkin lymphoma he was diagnosed with. In order to reduce the tumor and fight cancer, Bridges underwent infusion chemotherapy and oral chemotherapy. Apparently, the chemo was very effective and helped to destroy the tumor in his body. However, in January 2021 before the COVID vaccine was made available, Bridges contracted the virus. His weakened immune system from chemo made him especially susceptible to the effects of the virus and the actor spent nearly five months in the hospital battling the illness. As Bridges began to improve, a combination of convalescent plasma and physical therapy helped him to recover and get back on his feet.

In short, it’s no wonder that Jeff Bridges hasn’t been in a movie since 2018. It seems like we’re lucky that we’re getting more projects from him at all. The last time we got a chance to see Bridge light up the screen was in Bad Times at the El Royale. The movie was about four strangers checking into a deserted hotel with a single desk clerk on staff. In addition to Bridges, the movie starred Cynthia Erivo, Dakota Johnson, Jon Hamm, Chris Hemsworth, Shea Whigham, Nick Offerman, Xavier Dolan, and more. The movie was written and directed by Drew Goddard.

Now that Jeff Bridges is back in the swing of things, we’ll get to see him in a new TV show very soon. Bridges is starring in the upcoming FX series The Old Man, where he plays a former CIA officer on the run from people who want to kill him. The Old Man is created by Robert Levine and Jonathan E. Steinberg. In addition to Bridges, the series stars Pej Vahdat, Noor Razooky, Faran Tahir, Iman Nazemzadeh, Amy Brenneman, John Lithgow, Jessica Harper, and more.

While The Old Man is the only film and TV project Jeff Bridges currently has on the docket, we’re all grateful for the possibility that there is the opportunity for more projects in the future. In addition to working on The Old Man and promoting it, Bridges is also doing work with non-profit organizations like No Kid Hungry and the Amazon Conservation Team. Bridges also told People that his “ability to receive love and give it was just heightened” in the wake of his terrifying medical experience. So now, he’s likely just enjoying the time he gets to spend with his wife, children, and grandchildren. You can catch Bridges in The Old Man when it airs on FX on June 16. 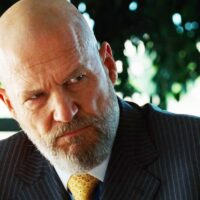 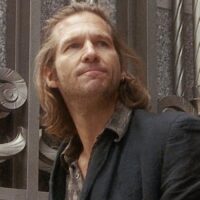 An Overlooked Jeff Bridges Fantasy Movie Is Streaming On Netflix 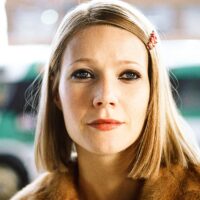 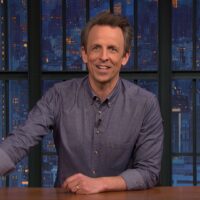