Jay Leno suffered significant burns from a fire in his garage, but he is healing and expected to make a full recovery.

When news broke earlier this week that Jay Leno had suffered major injuries following a car fire, fans were extremely concerned for the comedian and vehicle enthusiast. Thankfully, there’s been an update and it’s a good one. Deadline revealed that the ex-The Tonight Show host is under the care of doctors, including Dr. Peter Grossman, at the Grossman Burn Center in Los Angeles, and that Leno is doing much better and is expected to make a full recovery.

While working in his Burbank garage earlier this week, Jay Leno was trapped under one of his vintage vehicles after a gasoline fire broke out, causing significant burn damage to his hands, face, and chest. Luckily for him, he lives close to one of the best medical centers in the world for handling cases of extreme burns and has the means to do so. Dr. Grossman said that not only is the comedian doing much better physically, but that he’s also been doing well mentally and emotionally, adding that Leno is back on his feet and “cracking jokes.”

As for his healing process, Dr. Grossman commented that Jay Leno had already undergone a grafting surgery (a procedure that takes skin from one area of the body and replaces another where the skin is missing) and that he’ll need to go through another round later in the week.

Burns from a gasoline fire are some of the worst types of burns a person can sustain, and by the time he made it out, Leno had suffered what the doctor called “deep second-degree burns, and possibly some third-degree burns.” Along with the skin grafting surgery Leno has also been treated with a type of pressure and oxygen healing called hyperbaric oxygen therapy.

News surrounding Jay Leno’s accident first broke on Monday when he released a statement through which he announced that he had been involved in a gasoline fire and received “some serious burns.” Ever the optimist and not one to worry his fans, he added that he was “OK” and that he would “just need a week or two to get back on my feet.” Always eager for the next project in life, we’re sure that Leno’s primary concern is getting right back into the garage and taking care of one of his beloved cars.

Following Jay Leno’s statement, Dr. Grossman added that while he may be ready to get out of the hospital and back to his life, the burns were significant and the recovery process can’t be rushed. Acknowledging Leno’s zest for life and work, the doctor added that he believed he’d be “back to work at some point soon and back to the things that he loves to do.” The doctor also assuaged any fears coming from the general public and reiterated that he expects Leno to make a full recovery.

While he may be famous around the world for his decade-spanning job as the host of The Tonight Show, it’s been through his CNBC program, Jay Leno’s Garage that fans have seen the comedian in his element. The series sees Leno showing off his impressive collection of vehicles.

Plus, he also takes audiences across the country, teaching them about some of the world’s flashiest automobiles, and introducing them to a slew of famous guests, including Brie Larson and Elon Musk, and their hot rods. At this time, we’re wishing Jay Leno a speedy and full recovery. 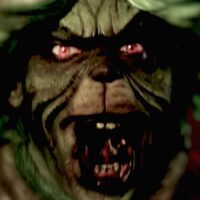 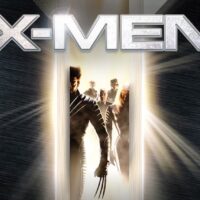 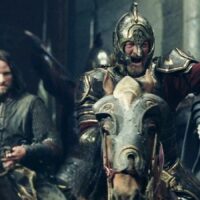