Jason Statham, these days, is known for powering high-octane action films that usually involve him kicking the crap out of nearly limitless bad guys throughout the course of 90 minutes or so. But at the beginning of his career, Statham was known a little less for his fighting prowess and a little more for his English snark and attitude. Now on Netflix, you have a chance to catch him one of those roles in what amounts to a pretty cool heist flick. The Italian Job is now on Netflix and available for streaming.

2003’s The Italian Job is a remake of the 1969 movie of the same name. It involves a couple of different heists along the way, but at the beginning sets a group of thieves together in Venice pulling off a big job. The team appears to be seasoned in the thieving game and things go pretty much according to plan. But before you know it, things get a little pear-shaped with one of the team members double-crossing the rest of the group and making off with the loot. For sake of spoilers, it isn’t Jason Statham who finds himself robbing the robbers, and really could you even imagine him in that role anyway? Here, check out the trailer for The Italian Job:

The cast of The Italian Job is an eclectic but high-powered group and they got a lot of Hollywood cache to sign on for the production. Jason Statham is in something of a side role here, part of the group that’s going to try and get their money back and maybe exact a little revenge along the way as well. Also in the movie is Mark Wahlberg who takes a star turn as Charlie Croker, a master thief and schemer. He’s joined by Charlize Theron, Edward Norton Jr., Donald Sutherland, Seth Green, and even Mos Def who (except one) make up the original crew.

The Italian Job, on the back of solid performances from its leads in Wahlberg and Theron along with solid supporting cast efforts from Jason Statham and others, earned good marks with critics, sitting at 73% on the Tomatometer. It isn’t an award-winner or anything but it keeps the action high, has plenty of one-liners (Statham and Seth Green are great in this respect), and has really cool sequences. One of them you saw part of in the trailer when there’s a Mini-Cooper high-speed chase that the movie is likely best known for.

The film earned about $176 million at the box office on its $60 million budget, which for the studio was really nothing to write home about. It’s worth noting that for Jason Statham, this marked the biggest budget movie he’d been in yet for his career. Previously it was well-received but less broad movies like Lock Stock and Two Smoking Barrels, Snatch, and The Transporter. Those films helped establish what he could do on screen, but this one was where the money started flowing in.

And it wasn’t too long after The Italian Job came out that Jason Statham really kicked his action career into high gear. Over the next couple of years, he’d start taking the leads in films like Crank, The Bank Job, Death Race, two more Transporter movies, and then The Expendables and The Mechanic.

Jason Statham wasn’t necessarily a household name when The Italian Job came out, but he is now. He’s about a year and a half removed from starring in one of the biggest box office flicks of 2019 when he was paired with Dwayne Johnson in Fast & Furious Presents Hobbs and Shaw. The film scored almost $760 million at the box office on its $200 million budget.

And coming up Jason Statham has a bunch of other high-profile movies in the works. He’s set to team back up with Guy Ritchie on The Wrath of Man which has completed filming. And that’s not all the two are doing together. They are also currently filming Five Eyes.

Now’s a great time to just binge a solid few hours of Jason Statham on Netflix. In addition to The Italian Job, Homefront is also available on the streaming platform. For fans of the actor, these films won’t disappoint. 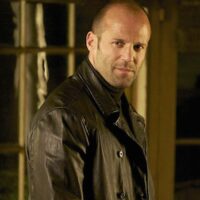