Jason Momoa is set to play the villain in the Fast X film, and the actor has shared some details about his new role, and how eccentric he is in the film.

We are all less than a year from seeing the Fast & Furious franchise begin to wrap up its main story. Fast X is part one of a two-part finale, which will see Dom and his crew end their long-standing journey to be free from whatever agency, entity, or angry family member seems to always be chasing them. The newest villain that the crew will battle will be portrayed by Jason Momoa. It’s not often we get to see the man take on the role of the bad guy, and he has now revealed some interesting details about what his character will look like. Momoa’s villain will be “eccentric” including having a lavender-colored motor in his car and sporting purple and pink-colored fingernails. We know that doesn’t sound that odd, but it’s likely to anger certain people.

Jason Momoa also commented deeper about now wanting to play the typical macho man role, as he always aims to challenge himself and the perception of the characters that he embodies in his films. According to Momoa, “It’s been hard because people always think I’m just this dude who plays [macho characters]. But I want to be moved, I want something new. Things are changing, and even the villain roles I’m playing now are eccentric.” It is safe to say that he has played that type of character in many of his films, but he has tried to branch out. The test footage of the man as Eric Draven was quite fantastic, though his version of The Crow will never happen now that it was scrapped. He could be bleeding some of that style into the villain in Fast X.

Fast X is meant to bring back a host of characters that includes Vin Diesel, Michelle Rodriguez, Tyrese Gibson, Chris “Ludacris” Bridges, Jordana Brewster, Nathalie Emmanuel, Sung Kang, Charlize Theron, Michael Rooker, and Jason Statham. New additions include Jason Momoa and Brie Larson. However, Tyrese and Ludacris have both stated that there is going to be an addition of far more characters across the next two films. This is likely bringing back characters we haven’t seen since the first few films or new ones that could carry the franchise further.

Jason Momoa joins a villain cast that includes Jason Statham, Charlize Theron, and John Cena. So far, Statham and Theron are the only two listed to return in Fast X. Also, because of Hobbs & Shaw, Statham’s Shaw isn’t much of a villain anymore. It will be interesting to see how Momoa presents himself as the new villain of part one of the finale. Well, he could carry over to the next film, but we won’t know that until May of 2023. Either way, this franchise has been massively profitable through the years. Even though Justin Lin exited the film due to issues with Vin Diesel, that was only a small bump in the road that leads to the film being released.

We are not sure what connection Jason Momoa has with the crew, but the last time there was a villain, it ended up being Dom Toretto’s brother. That brother was played by John Cena. We all know the Fast & Furious franchise is about family, so Momoa might connect the dots for a family tie that we don’t know about quite yet. Fast X officially debuts on May 15, 2023. 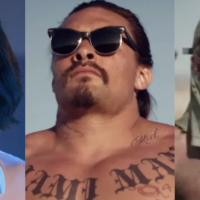