Over his twenty-year career, Jason Momoa has been in many productions. These include a run on Baywatch, Stargate: Atlantis, and ten years ago, he starred as Khal Drogo in ten early episodes of Game of Thrones. That role brought him more into mainstream awareness. Though it would be a while before he became Arthur Curry for DC, the show got his name known. That early role was known for a lot of things, but one of them was the sexual assault scenes. Now, nearly ten years later, The NY Times has brought it up, and Momoa responded more than once, eventually telling them he thought their questions were “icky”.

During the interview, they asked him a couple of times about topics he couldn’t discuss. He states that he’s there to discuss his upcoming projects Dune, Sweet Girl, and his ongoing series, See. The interviewer asks a wide scope of questions though, including his thoughts on superhero movies and Game of Thrones. They ask Jason Momoa how he feels about the sexual assault scenes that he starred in with Emilia Clarke. The interviewer points out that these types of scenes can feel like they are part of an “older cultural moment” and ask if Momoa would do those scenes now and whether he regrets them. At first, he answers the question and the conversation moves on. He says:

Well, it was important to depict Drogo and his style. You’re playing someone that’s like Genghis Khan. It was a really, really, really hard thing to do. But my job was to play something like that, and it’s not a nice thing, and it’s what that character was. It’s not my job to go, “Would I not do it?” I’ve never really been questioned about “Do you regret playing a role?” We’ll put it this way: I already did it. Not doing it again.

Then, the interview goes on. They discuss See. Jason Momoa tells the interviewer that he cannot share things about future DC projects he may be involved in. They referenced some early years of Momoa’s private life that he shared he couldn’t go into detail about because they weren’t for the world to know about. They discussed Sweet Girl. And then, when the interview was through and the interviewer was thanking the actor for his time, Jason Momoa brought up that question again–the one about Game of Thrones and Momoa’s part in sexual assault scenes. He said:

I wanted to bring something up that left a bad feeling in my stomach. When you brought up “Game of Thrones,” you brought up stuff about what’s happening with my character and would I do it again. I was bummed when you asked me that. It just feels icky — putting it upon me to remove something. As if an actor even had the choice to do that. We’re not really allowed to do anything. There are producers, there are writers, there are directors, and you don’t get to come in and be like, “I’m not going do that because this isn’t kosher right now and not right in the political climate.” That never happens. So it’s a question that feels icky. I just wanted you to know that.

The scenes from Game of Thrones starring Jason Momoa were hardly the only ones that involved sexual assault, but they were some of the earliest examples. His character rapes Daenerys Targaryen on their wedding night in the first episode of the HBO series. Their relationship was particularly difficult for many to process since it was depicted as a romance where the victim works with her new husband to become nicer to her over time. These early scenes led to many more on-screen assaults over the show’s run, and while Jason Momoa doesn’t want to talk about it ten years later, the cast has discussed it publicly in the past.

Actor Iwan Rheon, who played Ramsey Bolton, spoke out about the scenes where his character sexually assaulted another and called it the worst day of his career. However, he also said that he didn’t think the scenes were sensationalized and were part of the story.

While the Game of Thrones legacy is one that includes dragons and controversial series finales, it’s also one about sexual assault scenes. So is it fair to ask Jason Momoa about that ten years later? Is it fair to ask if he regrets his work? The question is icky, and he was there to discuss specific things with an interviewer, but at the same time, interviewers go off-script regularly. This is especially true when being interviewed by an outlet like The New York Times. Moreover, actors are asked about their regrets all the time. Game of Thrones very famously opened up a conversation about sexual assault scenes and what’s “fair” to show on the screen. Momoa may not have an opinion, and the questions may feel icky, but that doesn’t necessarily mean they shouldn’t be asked. 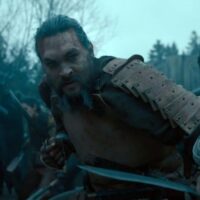 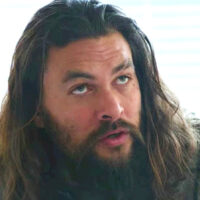