Jason Momoa is sitting on what could be a major franchise moving forward but the sequel has been in something of a holding pattern for what seems like a while now. Such is the nature of the comic book movie business in which the second a cool flick hits the screen we are already gearing up for round two. Well, now we have some movement on his film with Aquaman 2 getting a working title. Get ready for Aquaman: Necrus.

Now remember, working title doesn’t mean final title so there’s some chance we get something different by the time the film actually drops. But they started production this month and the Necrus name does possibly give some insight on the overall story and direction of the sequel. The name refers to another underwater domed kingdom which is like Atlantis in that its inhabitants are similar. The difference is that the location of the city moves around and never stays at a fixed point. There’s a possibility that this new movie focuses on Jason Momoa trying to find the location and uncover some secrets there.

There are other secrets about the city that emerge through the course of the comic books relative to its origin and its location over time, things this next movie might end up addressing. Necrus is ruled over by Mongo, a tyrannical king who governs in a militaristic way. There’s some chance that the central plot arc of this movie comes in the form of a war between Atlantis and Necrus as well. There is no word about current casting for a Mongo character, but there are many pieces of the production that have been kept behind closed doors.

Aquaman 2 will bring Jason Momoa back in the title/ Arthur Curry role after an incredibly successful box office run the first time around. In what ended up being a rather surprising hit for the DC Extended Universe, Aquaman raked in almost $1.15 billion in ticket sales on its roughly $180 million budget. Critical reception was solid, if unspectacular at 65% on Rotten Tomatoes, though for this comic book franchise, even that can be drummed up as something of a win. Along with Wonder Woman, it did help breathe at least a little bit of (underwater) life into DC films.

Which has made the sequel something fans have wanted to get on screen sooner than later. Returning along with Jason Momoa in the cast will be Amber Heard as Queen Mera. Despite speculation around her ouster in the franchise stemming from the fallout of her divorce with Johnny Depp, she will be back in the role and is set to have a much bigger part this time around. Yahya Abdul-Mateen is also back as Black Manta.

Aquaman: Necrus is slated for a December 2022 release and we’ll finally get to see Jason Momoa dip back into the murky depths. This time it looks like he’ll be searching out or even at odds with a mysterious city. It should be another win for the DC Universe which could get another jolt later this week when the character will return in Zack Snyder’s Justice League premiering on HBO Max. 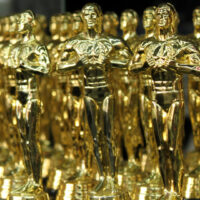 The 2021 Oscar Ratings Are A Disaster Of Epic Proportions 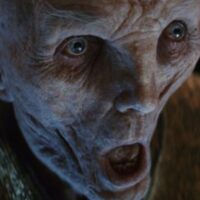 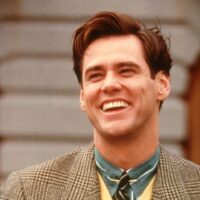