With the Aquaman 2 filming wrapping up for Jason Momoa and crew, we are starting to get more details on the highly-anticipated movie which is set to return us to Atlantis in a huge way. While plot details are pretty light right now for the movie, with a few hints sitting out there, we did get an update this week on where the story might be headed for the titular character. Warner Bros. let out a new synopsis for Aquaman and the Lost Kingdom and it looks like they are taking the story in a slightly different direction around Jason Momoa’s character.

While the synopsis (via ScreenRant) isn’t incredibly detailed, it does shed some light on where things will go with Jason Momoa’s Aquaman in this new story. It could be that the lines between good and evil are starting to get a little blurred in this world, something we’ve seen already starting to happen in the DC Extended Universe. Check out what they had to say about Aquaman 2 and then we can dive into what this might mean for the story.

“When an ancient power is unleashed, Aquaman must forge an uneasy alliance with an unlikely ally to protect Atlantis, and the world, from irreversible devastation.”

Ok, so obviously Warner Bros. isn’t going to fully let on about this new Jason Momoa alliance and what it means for the story. That it’s an uneasy alliance likely doesn’t refer to Amber Heard’s Queen Mera considering the relationship between the two in the first movie and how that was added to in the Zack Snyder cut of the Justice League. There has been speculation though that this next movie will include more about their relationship and she is set to have a much bigger role in Aquaman 2 than she did in the first one.

Where an uneasy alliance could come in would be around the two antagonists from the first movie. Aquaman 2 is set to bring back both Patrick Wilson on former King Orm, Arthur Curry’s (Jason Momoa) half-brother who Aquaman defeated in the first film. When we last left him, Orm was imprisoned. With the way the story could be set up around the Lost Kingdom being centered on Necrus, there’s a world in which Curry needs Orm’s guidance or even power with something having to do with that group.

And then there is Yahya Abdul-Mateen who is returning as David Kane/ Black Mantis. Given the suit in the first movie by Orm, we know that though Jason Momoa defeated him the first time around, he is coming back for another fight. Considering the power that Necrus might hold, there is some chance that Curry needs to team up with both of them in some sense.

It’s still going to be some time until we sort out everything happening with Jason Momoa and company in Aquaman 2. The movie finished up filming earlier in the month but isn’t expected to release until December 16th of next year. It will look to follow up the success of the first one which earned $1.15 billion at the box office. It’s hard to imagine this next film topping the heights of the first one, but if they are flipping the script on some of these characters then there could be even more intrigue here. 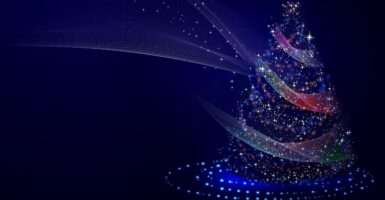