When it comes to spending money to make money, the Walt Disney Company has shown in the past an unflinching ability to do just that. Now there are reports that their upcoming Jared Leto Tron 3 with Jared Leto could potentially top any live-action film budget the company has seen, topping its current most expensive, 2011’s Pirates of the Caribbean: On Stranger Tides.

This third Tron, likely to be called Tron: Ares, will see Jared Leto as Ares. With Tron: Legacy costing a cool $170 million, chances are pretty high that Ares will come in well over that amount, given the fact that Leto is on board and Disney feels they need to up their Tron game. Will it come close to the numbers Disney splurged on Pirates of the Caribbean: On Stranger Tides which hit a record $379 million? There is a good chance it will, as a new rumor suggests it could be Disney’s most expensive live-action production.

Disney has brought in Garth Davis to helm the project. While Davis’ resume is short, his only feature film Lion was nominated for Best Picture at the Academy Awards. But Jared Leto definitely brings some cache to the film, as does rumors that Jeff Bridges could return in some form as Kevin Flynn. Bridges return, however, hinges on his recovery from cancer, as The Big Lebowski star recently announced he was battling lymphoma, even posting pictures of his shaved head.

Tron 3 has had a troubled pre-production schedule so far, prior to the addition of Jared Leto to the cast. In fact, with the modest gains from Tron: Legacy, it is surprising that Disney is going back to this series again. Even the original Tron from 1982, while receiving much praise for its CGI effects for its time, didn’t fare well at the box office. Only in the years after did Tron began to get its cult following, which was also buoyed by its addictive video game.

Before Tron brought Jared Leto into the mix, the original Tron starred Jeff Bridges as Kevin Flynn, Cindy Morgan as Lora, David Warner as the CPU, and Bruce Boxleitner as Tron. Its follow-up, which arrived in theaters nearly 30-years later, brought back Bridges and Boxleitner (in a brief cameo) and introduced Garrett Hedlund as Flynn’s son Sam as well as Olivia Wilde as Quorra. As the movie ended, with Sam bringing Quorra out of the digital world into real-time, plans were set for a third film.

The second film was built on a $170 million budget, bringing in roughly $400 million worldwide, which made Tron 3 a likely possibility. Plans went as far as Legacy director Joseph Kosinski explaining to Collider in 2017 that the movie was to be called Tron: Ascension and that it would be what he called an “invasion movie”, bringing back both Hedlund and Wilde to their respective roles. Plans eventually fell apart in 2015 on the third film, but with Jared Leto’s involvement, a new third film is in the works.

Fast forward to 2017 and Jared Leto’s name starts to pop up for Tron 3. Plans moved away from the Ascension storyline as the new Tron 3 is being described as a standalone sequel. Not much else is known about the direction Leto’s Tron will take, but it looks as though Leto is serious about the upcoming film, as he recently posted on his Instagram his “Tron workout”.

As mentioned, On Stranger Tides is Disney’s most expensive production to date, but there are a number of others that have carried a huge price tag. Pirates Of The Caribbean: At World’s End comes in with a $300 million budget, Tangled is the most expensive animated movie produced at $260 million, the live-action Beauty & the Beast cost Disney $254 million to make, and the live-action The Lion King came in right around $250 million. If the estimates are to be true, look for Jared Leto’s Tron: Ares to knock off a few of those titles, perhaps even topping On Stranger Tides. 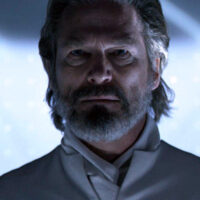