Jared Leto faced a lot of criticism for his take on the Joker in David Ayer’s Suicide Squad. A lot of strikes against him had to do with the visual representation that writer/director David Ayer envisioned for the character. Ever since it was known that the Joker would be making an appearance in Zack Snyder’s Justice League: Director’s Cut, fans have been eager to see exactly what the character would look like under the auspices of Zack Snyder as opposed to David Ayer. And now, we have gotten our reveal of this new take on the Joker in the DC Extended Universe.

Check out the new version of Jared Leto’s Joker who will appear in Zack Snyder’s Justice League: Director’s Cut on HBO Max:

That isn’t the only good look we have gotten of Jared Leto’s new take on the Joker. We actually got another photo and this one is quite the close-up:

According to Vanity Fair, Jared Leto’s Joker will show up in the Knightmare timeline/vision that Batman has where Darkseid has invaded and the world has been ravaged. Zack Snyder has confirmed that the Joker and Batman will meet face-to-face which they have not actually done in this current iteration of the DC universe. From these photos, it looks like the Joker has been wearing some surgical duds from the old Arkham Asylum. Maybe he has even taken up residency there?

The surgical look to this new version of Jared Leto’s Joker feels like it is taking some inspiration from Grant Morrison and Andy Kubert’s take on the character during their Batman R.I.P. run where the character was a raving maniac and even more homicidal than usual. It is one of the most horror-inspired takes the villain has ever been subjected to, and seeing it make its way to live-action does promise a Joker that we have never seen before.

It is going to be interesting seeing just how much of Jared Leto’s Joker we will see in Zack Snyder’s Justice League: Director’s Cut and if this appearance will actually rehabilitate his acting choices with the character. After the gargantuan success of Joaquin Phoenix’s Joker, it is certain that Leto’s performance is going to be under some serious scrutiny. But, if he can deliver something that not only surpasses his Suicide Squad appearance but actually establishes himself as a great Joker actor, it is possible we could see more appearances from him in the future.

Zack Snyder’s Justice League: Director’s Cut is promising to really shake up the status quo of the DC Extended Universe, and Jared Leto returning as the Joker could prove to be one of those seismic elements. If Jared Leto is actually able to win over fans with this new appearance as the Joker in Zack Snyder’s Justice League: Director’s Cut, maybe it will be enough to have him come back to the character for yet another go. We will simply have to wait and see just how fans and critics take to this newest chance at the Dc Extended Universe’s Joker. 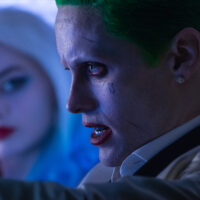