Jamie Lee Curtis wants in on One Piece. Yep, that’s right. The Halloween Scream Queen may be in her sixties but that doesn’t mean she’s not open to media made for younger generations. Who does Curtis want to play? Well according to what she recently said on the Oscars red carpet, the Knives Out star wants to play a One Piece character who — in Curtis’ own words — looks “nasty.” We are speaking, of course, of the eccentric Doctor Kureha.

TikTokker Straw Hat Goofy got to talk to Jamie Lee Curtis about her love of anime on the Oscars red carpet over the weekend. She said her favorite One Piece character is Tony Tony Chopper — a reindeer who can transform into a human/reindeer hybrid who is also the doctor of the story’s heroes, the Straw Hat Pirates. The TikTokker reminded Curtis she had previously said she wanted to play the much younger Nico Robin. “Yeah, well… I’m a little old,” Curtis said. The actress talked about a “crone lady,” which Straw Hat Goofy recognized as Kureha. “Maybe I can be Kureha,” Curtis said. “She wears those really low bellbottoms, she’s looking a little nasty, but she has that long stringy gray hair. My Ruby [Curtis’ daughter] said that would be what I would play.” You can see the conversation below.

The good news for Jamie Lee Curtis is that while Netflix’s One Piece live-action adaptation was announced last January and plenty of actors have been cast, so far no choice for the “nasty” Kureha has been made public. The most recent news came earlier this week, as reported by Variety, that Peter Gadiot (Yellowjackets) had been tapped to play Shanks — the legendary pirate who is the idol of the lead protagonist Monkey D. Luffy, who will be played by Iñaki Godoy (Who Killed Sara?). The swordsman Roronoa Zoro will be played by Mackenyu (Pacific Rim: Uprising), Emily Rudd (Hunters) plays the cat burglar Nami, the so-called “Sniper King” Usopp will be played by Jacob Gibson (Grey’s Anatomy), and Taz Skylar (Villain) will play “Black Leg” Sanji.

Other One Piece characters have been cast but, so far, no mention of Kureha so if the folks casting the series hear about what Jamie Lee Curtis had to say, she may be in luck. For that matter the two other characters Curtis mentions in the video above — Tony Tony Chopper and Nico Robin — haven’t been cast either. It seems like there’s a good chance, however, that Tony Tony Chopper will be realized with CGI.

Judging by the actress’ comments about Kureha being who her daughter Ruby thinks she should play, it seems likely it was Ruby we have to thank for Curtis’ anime interests. It wouldn’t be the first time Jamie Lee Curtis locked arms with her daughter to enjoy some geekery once thought only appropriate for younger audiences. The True Lies star recently revealed she would be cosplaying as the World of Warcraft hero Jaina Proudmoore to officiate her daughter’s wedding. Nor will it be the first time Curtis has played dress up as characters from Azeroth. She’s dressed up as Orcs and Undead while joining Ruby in nerd events. 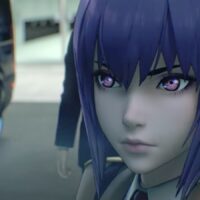