Jamie Foxx, John Boyega, and Teyonah Parris are set to star in what appears to be a very cool upcoming sci-fi movie. And Foxx took to Instagram to show off a bit around the style could be getting in this new film. In the first image there’s both a retro as well as a futuristic theme which points to a stylish and smart flick. There’s a lot to like here even from a single shot. And Jamie Foxx seems more than a little excited about what’s in store for this one.

The Instagram post by Jamie Foxx on his official account is a scene from the upcoming They Cloned Tyrone. He, John Boyega, and Teyonah Parris are standing in an elevator, adorned in a number of different styles. The colors come popping off the screen and there’s a clear sense that outfits could end up matching the characters’ personalities in some way. Check out the Jamie Foxx post and what he had to say about the film.

While the Jamie Foxx post doesn’t include any plot details, we are able to take a few things away from the photo. The setting for this one appears to be some kind of futuristic elevator setting with the three characters all offsetting each other in terms of style. Foxx is rocking the purple 70s style suit and jacket. Meanwhile, Teyonah Parris has a retro vibe as well with the blue lipstick letting on that this isn’t exactly existing in that decade. And then there’s John Boyega whose style looks a bit more modern-day. It all combines for an oddball mashup that still completely works.

We know that Jamie Foxx, John Boyega, and Teyonah Parris will bring They Cloned Tyrone to Netflix at some point in the future and that principal photography has already wrapped. But precious few other things are known about the flick. The scant details involve the three of them wrapped up into some kind of government conspiracy that one would have to think involves cloning. The studio has said it will have a pulp caper vibe to it. Jamie Foxx will play Slick Charles, John Boyega is Fontaine, and Parris is Yo-Yo. The movie is being helmed by Juel Taylor and will be his feature-length film debut in the director’s chair. He penned the script along with Tony Rettenmaier. Taylor has also helped pen movies like Creed II and Space Jam: A New Legacy.

Jamie Foxx, for his part, has had a solid working relationship with Netflix over the last few years. His Project Power was an interesting new take on the superhero/ superpower genre. It performed well on the streamer and did set itself up for a sequel sometime down the road. And he’s also got Day Shift coming up as well in which he’ll be playing a vampire hunter. This is all while just coming off reprising his Electro role in one of the biggest movies ever made, Spider-Man: No Way Home. There is currently no set release date for They Cloned Tyrone. 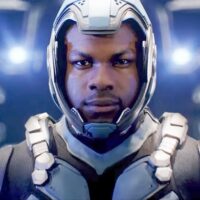 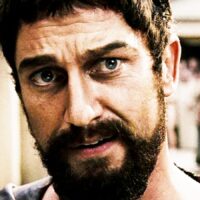