James Marsden and his days in the X-Men are well behind him. But the guy remains as busy as ever in Hollywood. He’s fresh off a stint on a popular limited series on streaming, crushed it on HBO for a bit, and even had a turn on Netflix in a well-received show. The guy has transitioned from the big screen to the small screen in solid fashion, showing off a talent for picking cool projects and leaning into roles. Now you have a chance to catch one of his films from a few years ago, a somewhat overlooked production with a stellar cast. Into the Grizzly Maze is streaming on Netflix right now and is worth a look.

Into the Grizzly Maze is set in Alaska with the title of the film deriving from a location that is teeming with the titular creatures. It’s not a great place to visit and an even worse place to have grown up. The area is a desolate forest with tough conditions, making it perfect for the bears and not so ideal for actual humans. James Marsden plays Rowan Moore who, along with his brother Beckett (played by Thomas Jane) had grown up in the area. But when they were kids a terrible bear attack scarred both brothers. They dealt with it in different ways. Beckett becomes a local lawman while Rowan is something of a drifter, fully troubled and never able to get over that initial attack.

The film catches up with the two brothers years after the original incident with both having gone separate ways. Rowan stumbles back into town right around the time a group of loggers has been discovered killed out in the wilderness while away for the weekend. It’s suspected that a massive grizzly bear is responsible. In this way the flick has something of a Jurassic Park feel to it with this version of grizzly clearly a bit more advanced than your typical bear. James Marsden and Thomas Jane, along with some others decide to go out and hunt down the bear. Here, check out the trailer for Into the Grizzly Maze:

The group of James Marsden and some others enter the Grizzly Maze as part of a mission to track down this bear and put an end to it considering it’s starting to terrorize the area. But what they find out is that this bear isn’t your average grizzly. It’s smart, cunning, and ruthless with the group quickly realizing they are the ones being tracked. It’s a tense film that will have you questioning whether it’s ever a good idea to go out hiking in the woods by yourself. While there’s a terrible sense of the unknown in this wilderness, it’s punctuated by the thought of a massive grizzly that’s not only terrorizing other bears and wildlife in the area but also has a taste for human flesh now.

Into the Grizzly Maze has a stacked cast in addition to James Marsden and Thomas Jane. There’s also Billy Bob Thornton who plays an expert tracker assigned to the detail of tracking down the beast. Plus you have Scott Glenn as another law enforcement agent. And there’s also Piper Perabo who play’s Beckett’s wife, a wildlife photographer who unfortunately chose this little jaunt to snap off some pictures.

Into the Grizzly Maze went through a bit of production hell after it was first optioned back in 2012. It was then that James Marsden and Thomas Jane originally joined the cast of the film which was originally titled Red Machine. They filmed that same year and it was picked up by Open Road Films. But they dropped it and it sat in limbo for two more years until Vertical picked it up and released it straight to video. This is rarely a good sign for a film and the reviews showed. It’s sitting at 36% on Rotten Tomatoes and 43 on Metacritic. But those reviews were a little overly harsh. This is a decent film with more than a few armchair-clenching moments to it.

As for James Marsden, though he’s done with the X-Men world, he’s been crushing it in series of late. He had an excellent turn on HBO’s first season of Westworld and followed that up with Netflix’s Dead to Me with Christina Applegate and Linda Cardellini. Plus he just recently was in the CBS All Access remake miniseries of Stephen King’s The Stand playing the main character Stu Redman.

Next up he’ll be reprising his role of Edward from the original Enchanted movie with this one appropriately entitled Disenchanted. That’s in pre-production right now. For the time being, go check out an overlooked James Marsden film on Netflix with Into the Grizzly Maze. 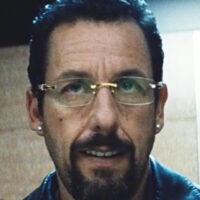 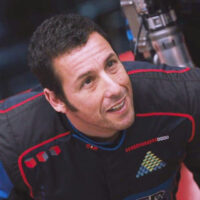