James Gunn will be absent from CCXP.

With his latest feature The Guardians of The Galaxy Holiday Special (read our review here) recently dropping on Disney+ and his ongoing work on Guardians of the Galaxy Vol. 3, which is due in theaters next year, James Gunn undoubtedly has a lot on his plate. Throw in his recent appointment as co-CEO of DC Studios alongside Peter Safran, and it’s a wonder he manages to find time to sleep. According to ComicBook.com, James Gunn recently took to Twitter to respond to a user who questioned him about his attendance at this year’s CCXP Event, and not surprisingly, the new DC co-head regretfully announced that he’s far too busy to make an appearance.

CCXP, also known as Comic Con Experience, is a multi-genre entertainment and comic convention that is held in Brazil, and this year’s event will take place from November 30 to December 4. Unfortunately, in his reply to Twitter user @Eyegun007, James Gunn stated that although it’s one of his “favorite places in the world,” he has opted to skip this year’s event as he’s too preoccupied with completing DC’s upcoming slate of films and wrapping up work on Guardians of the Galaxy Vol. 3. It looks like we’ll have to wait a bit longer to see where he plans to take the DC Universe.

It was only about a month ago when the news broke that James Gunn had been tapped as co-head and co-CEO of DC Studios with Peter Safran, and shortly after, the rumor machine was operating in full force. In fact, the Peacemaker creator recently attempted to cool rampant speculation regarding the future of the DC Universe by declaring that anybody who claims to know what’s in store for the DCU is full of crap. Of course, that hasn’t stopped the filmmaker from taking to social media to tease fans with the potential arrivals of characters like Lobo and Mister Terrific.

Even though James Gunn has signed a four-year, exclusive commitment to Warner Bros. Discovery to oversee the next wave of DC movies, he’s still obligated to wrap up work on Guardians of the Galaxy Vol. 3 for Marvel, which will mark his final project with the company, at least for the next several years. The forthcoming film is scheduled to arrive in theaters on May 5, 2023, and it will serve as the final movie to feature the original Guardians gang. The director has teased the film will take the characters on an emotional journey.

While the news of his absence from this year’s CCXP is undoubtedly devastating to fans, we can take solace in knowing James Gunn is fully invested in his new role as co-head of DC Studios. Although it’s unclear when he and Peter Safran intend to unveil their long-term plans for their cinematic universe, we do know there are a handful of projects already on the release schedule from the company in the coming year. Shazam! Fury of the Gods, The Flash, Blue Beetle, and Aquaman and the Lost Kingdom are all slated to arrive in 2023. 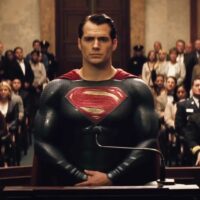