The key to any great film lies in the hands of its makers. And while many notable directors may not necessarily be a household name, James Cameron surely is. The renowned Canadian filmmaker has been bringing blockbuster science fiction films to life for over three decades. From The Terminator to Titanic and Avatar, Cameron is the mastermind behind some of the most epic films ever created. But how exactly did Cameron get his start in Hollywood? Now, fans of the filmmaker can take a look into what inspired it all: Xenogenesis.

In the wake of the Star Wars phenomenon in the late ‘70s, a young James Cameron quit his job as a truck driver with a dream to set out and pitch his first work in show biz. With the help of his friend Randall Frakes, the pair set out to make a science-fiction movie they coined Xenogenesis. You can see the short film yourself below.

The 12-minute pitch centered around a young woman and an artificial intelligence sent on a mission to comb the galaxy in search of a planet that can sustain new life. With music taken from the mythical score of Bernard Herrman, the engineered man, Raj, comes across a large robotic cleaner that ends up attacking the pair as the female, Laurie, battles the robot. With a $20 thousand budget he raised from a group of local California dentists, James Cameron set out in 1978 to create the film featuring some of Cameron’s creative concept paintings. Additionally, there were live-action sequences shot in ad-hoc sets that he built in his living room. The short film boasted an interesting display of homemade special effects that were unheard of at the time.

While as disastrous as the short film may seem today, it was critical in developing the styles that Cameron has famously used in his movies. The scene from James Cameron’s renowned sci-fi, Aliens even draws some resemblance to Xenogenesis. When Ripley yells at the Queen Alien, the scene resonates with a similar sequence in the short film. The local fauna pictured in the film also undoubtedly inspired much of the world of Pandora from Cameron’s Avatar. Similarly, the giant hunter-killer takes of Cameron’s Terminator resonate with the robotics featured in Xenogenesis. Besides the technology concepts, much of the themes detailed in the short reverberate with the strong female leads Cameron is famous for featuring in movies he has directed.

While the dentist funding the film eventually pulled out of the project, film director Roger Corman took notice of the work. This led to Cameron landing a gig working on Piranha II and Battle Beyond the Stars as a special effects technician making models. Recently, Slash Film discussed the early project with James Cameron himself. Cameron admitted that he needed to go back to the script for a re-read-through, stating that he’s like a Native American tribe that kills the bison and uses every part of it, meaning he may still have ideas in the script he can use in future endeavors. Admitting that the script was likely flawed, he revealed that at the time he was attempting to create a narrative that featured all the “cool ideas” he had fabricated. “ It’s not bad, but it’s kind of all over the map. I could have taken any one of 10 ideas in that and add it up into a feature story.”

Recently, Inside Edition released Tech-Noir: The Art of James Cameron. The 300-plus page volume is brimming with plenty of the Titanic director’s early artwork, including a hefty amount taken straight from the scrapped Xenogenesis. The book took the young James Cameron’s artwork and compiled them into thematic chapters. The imagery section compiling of his artwork for Xenogenesis resembles much of his work from films like Avatar.

It’s likely James Cameron will never go back to Xenogenesis for a feature film. But that doesn’t change how groundbreaking the short film was for the 64-year-old. Cameron has been busy creating follow-up films to his 2009 blockbuster film, Avatar. While the future of the epic science fiction hit is still largely unclear, it’s likely we will see plenty of inspiration from Xenogenesis shining through in future work. That’s what great directors do, they keep adding to and adapting their style to get better and better. 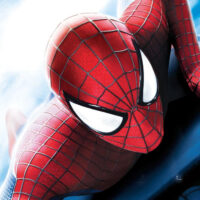 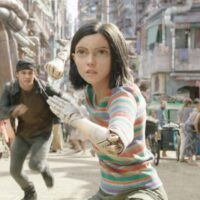 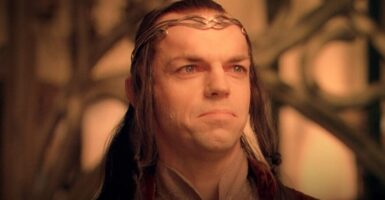