James Cameron says he thinks Avatar 2 will do well, but he's a little worried he waited too long to make the sequel.

When Avatar was released in 2009, the pop-cultural landscape looked very different. Popular series were still largely watched on actual television sets and the Marvel Cinematic Universe only had two movies in its catalog. Instead, cinemas were dominated by James Cameron’s mid-22nd century sci-fi epic about when humans who are colonizing Pandora to mine valuable minerals. Now, the director says he’s a little worried about the extensive gap between the original movie and Avatar 2.

Speaking to The New York Times, Cameron was asked if he had any concerns about how Avatar 2 will perform due to the almost 13-year pause in its release. While Cameron is optimistic about the film drawing interest, he was concerned that the gap might a bit large in the age of instant gratification. “I was a little concerned that I had stretched the tether too far, in our fast-paced, modern world,” he told the publication. But his worries disappeared after the teaser trailer earned 148 million views in 24 hours. He attributes the numbers to scarcity and the principle of wonder.

“I think I could have made a sequel two years later and have it bomb because people didn’t relate to the characters or the direction of the film,” the filmmaker said. Referring to his experience with sequels to Alien and Terminator 2, which were both released with a seven-year gap between them and the originals, the 68-year-old isn’t too worried. However, Avatar 2 comes with a much longer delay–13 years to be exact.

Released in 2009, Avatar was praised for its groundbreaking visual effects and use of 3D technology. The movie quickly became the highest-grossing film of all time, beating 1997’s Titanic which was also directed by Cameron. The story follows Sully (Sam Worthington) as he falls in love with Neytiri (Zoe Saldana) and their joint efforts to save the planet of Pandora. The movie’s success initially made the filmmaker hesitant to create its subsequent sequels. Fortunately, he had a change of heart and eventually penned Avatar 2.

Interestingly, Stephen Lang is back as Colonel Miles Quaritch in the upcoming sequel. The villain, who was killed by two arrows to the chest during the attack on the Tree of Souls, will come back as a Recombinant – a Na’vi Avatar embedded with the memories of human soldiers. Sigourney Weaver, whose character Dr. Grace Augustine also perished in the original, returns in Avatar 2 as well. But this time she will play a young Na’vi girl named Kiri, who is the adopted daughter of Jake and Neytiri.

Set more than a decade after the events of the first film, Avatar 2 tells the story of the Sully family, the trouble that follows them, the lengths they go to keep each other safe, the battles they fight to stay alive, and the tragedies they are forced to endure. Avatar: The Way of Water is set for release on December 16th. 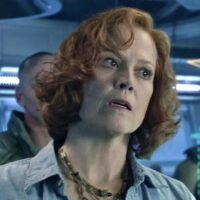