James Cameron reveals he almost walked away from Aliens when Sigourney Weaver's agents played hardball and "asked for the Moon."

As part of the promotional lead-up to Avatar: The Way of Water, James Cameron reveals he almost made the sci-fi cinematic landscape a much poorer place by leaving Aliens behind because of Sigourney Weaver‘s agents. According to Cameron, when 20th Century Fox refused to cave to Weaver’s rep’s demands in 1985, he initially left the project to marry his now ex-wife Gale Ann Hurd. He later managed to bluff Weaver back to the table, by lying and saying he was going to move forward with Aliens in a version of the story that excluded her character.

GQ interviewed James Cameron for a career retrospective, which you can watch above, during which he talked about how his Aliens almost never happened. Cameron claimed the studio assured him that Weaver was under option for a second film, and that he wrote the script for the sequel with that assumption. Upon finishing the script, the filmmaker discovered that not only did no such option exist, but that 20th Century Fox had yet to even discuss the matter with Weaver.

“So now it’s up to me to land Sigourney, to talk her into doing this film,” Cameron recalled. He said Weaver was “taken by the story,” but that when her agents got involved they “asked for the Moon.”

“Then the whole thing fell apart again,” James Cameron said about the Aliens negotiations. “Gale and I said f–k all y’all, we’re going to get married in Hawaii and it’s all off and we just walked away.”

But in fact James Cameron hadn’t given up on Aliens. Later, Cameron says, he used something of an indirect bluff to net Weaver for the lead role. He called Lou Pitt–Arnold Schwarzenegger‘s agent at the time–and told him he was going to work on a second draft of the script that kept Ripley out of the story

“Did I have any intention of doing that whatsoever,” Cameron mused. “No, not at all. But I happen to know that Lou is at the same agency as Sigourney’s agent… and I knew that the second he hung up with me he called [Weaver’s agent] and said, ‘sign Sigourney now.'” James Cameron said Weaver was officially on board for Aliens 12 hours after his phone call.

As much of a loss as it would be for James Cameron to make Aliens without Sigourney Weaver, it would be interesting to visit whatever corner of the Multiverse in which he actually did it. Without Ripley tied to the franchise, subsequent filmmakers like David Fincher and Jean-Pierre Jeunet might have been freed up from making critical belly-flops like Alien 3 and Alien: Resurrection.

Next month James Cameron delivers a different kind of sequel with very different aliens. Avatar: The Way of Water–the long-awaited sequel to the 2009 blockbuster Avatar–finally arrives in theaters Friday, December 16.

Avatar 2: All We Know About The Way Of Water

Alien Originally Had A Sex Scene 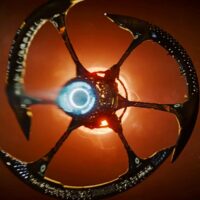 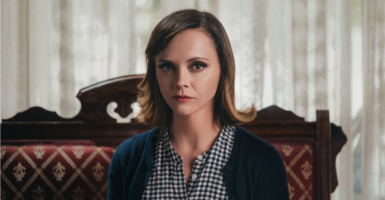 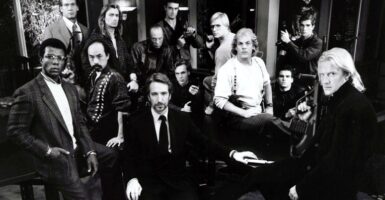