James Caan passed at the age of 82 with over 130 film credits, but he left us one last performance for the road.

Legendary actor and Twitter user James Caan recently passed away at the age of 82, leaving an incredible, varied, and large body of work behind. Being the consummate professional he was, James Caan kept working up until the very end, and it turns out that he had one last completed performance in a film to give the world. According to Deadline, James Caan’s last performance will be in the upcoming hitman thriller film Fast Charlie, which will be posthumously released. Even with an IMDb list of over 130 credits, James Caan never slowed down and left us with a little bit more.

Fast Charlie will star 007 himself, Pierce Brosnan, as the titular character, a veteran assassin and fixer for James Caan’s mob boss Stan. After James Caan’s character is killed and his mob operation attacked by a rival gang, Pierce Brosnan goes on a revenge mission to wipe out the people responsible. So, all in all, a pretty tried and dependable plot, but we have a lot of faith in both Pierce Brosnan and James Caan to bring something special to the idea of “unstoppable aging badass kills a bunch of people.” Fast Charlie will also costar Deadpool’s Morena Baccarin, Toby Huss, and Fredric Lehne.

James Caan’s final film is based on the novel Gun Monkeys by Victor Gischler, who has also worked extensively with Marvel Comics to write The Punisher: Frank Castle, Wolverine, and various Deadpool comics. Given that Gischler is also noted for writing a novel titled Go-Go Girls of the Apocalypse, it is probably safe to assume that Fast Charlie will have some darkly comedic elements to the revenge violence. The screenplay for James Caan’s last movie was written by Leo Goldberg (who is mostly known for television programs like Mystery 101 and Monk) and Richard Wenk (screenwriter of the Denzel Washington Equalizer reboot and the upcoming Sony Pictures’ Kraven) and will be directed by Australian filmmaker Phillip Noyce.

Like many actors of his generation, James Caan first came to prominence with a made-for-television movie. In his case, it was the 1971 ABC Movie of the Week Brian’s Song, a biopic based on the friendship between Chicago Bears teammates Brian Piccolo (James Caan) and Gale Sayers (Billy Dee Williams). His career would truly kick into action with a starring role in 1972’s The Godfather, one of the most influential mob movies ever made; though he was famously killed in a (for the time) brutal on-screen death, his character Santino “Sonny” Corleone would become a hotheaded archetype of the genre.

James Caan would go on to a tumultuous, up-and-down career in the following decades. He would appear in enormous hits like the Barbra Streisand musical comedy Funny Lady and the dystopian sports film Rollerball, while turning down roles in Superman: The Movie, Star Wars, Close Encounters of the Third Kind, and One Flew Over the Cuckoo’s Nest. His career would resurge in the 1990s with roles in Dick Tracy, Mickey Blue Eyes, and Eraser, but James Caan never stopped working for a moment. We are lucky to get one final Fast Charlie. 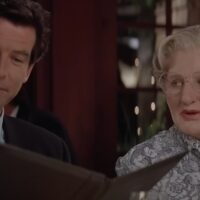 Exclusive: Harry Styles In Talks To Reunite With Christopher Nolan