While it will take time for the James Bond franchise to find its next 007, a lost relic of the spy with the license to kill has been reportedly found. As per a new report by Motorious, the 1963 Aston Martin DB5, which was used in the filming of 1964’s Goldfinger starring Sean Connery as the elite spy, has been discovered after it went missing more than 25 years ago from a secured hangar.

Chassis No. DP/216/1 was being safely stored at the Boca Boca Raton Airport in Florida inside a secured hangar and was stolen by thieves in June 1997. All that was left were tire tracks of the car being dragged away. Since its disappearance, many have pitched several theories about how it was stolen and what its presumed location could be. Some theorized that the James Bond car was taken to a wrecker, while some were sure that it was loaded into a cargo plane and flown away.

It was also theorized that the James Bond car was stolen by some uber-rich real-life Bond-like villain while some speculated that it was sold on the black market. As for its possible location, the speculations in the 25 years since it was stolen have ranged from the United States to potential hiding places overseas. But as per Motorious, the investigators have finally zeroed in on the car’s location. They say it has been found somewhere in the Middle East. Though the exact location hasn’t been revealed, Dubai, Saudi Arabia, Kuwait, and Bahrain have been pointed out as “particular areas of interest.”

The information has been shared by Art Recovery International. It is a group that specializes in locating and recovering stolen items of art. For now, the only clue the company has divulged is a witness who saw the James Bond car in a “private setting.” Also, someone managed to verify the serial number on the ’63 Aston Martin DB5, thus confirming that it is indeed the stolen car that was used in Goldfinger.

Currently, the company isn’t ready to release any more information about the James Bond car’s whereabouts. But Christopher Marinello, chief executive of Art Recovery International, is sure that whoever is possessing the vehicle at the moment will voluntarily come forward before they have to make an official announcement.

“It’s my policy to give possessors of stolen and looted objects every opportunity to do the right thing. I don’t believe the current possessor knew the car was stolen when he or she acquired it,” he explained. He added that now the new owners of the James Bond car are aware of the circumstances and he hopes they will make an effort to have a “discreet confidential discussion about how we clear the title to this iconic vehicle.”

When the car was first bought by Anthony Pugliese, an American businessman and car collector, in 1986 during an auction, it was priced at $275,000. But this particular Aston Martin was never like the other models. The car was specially customized for the James Bond film and features like automatic machine guns, tire shredders, and smokescreen funnels were installed in the car. As today the car’s worth is well over $25 million, it remains to be seen if Art Recovery International will actually find the task of recovering it as easy as they are predicting. 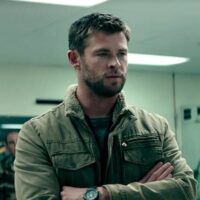 Chris Hemsworth Ready To Be The Next James Bond 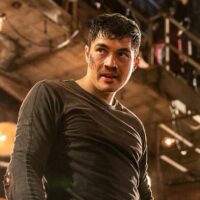 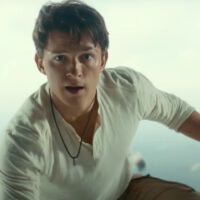