In a recent interview, Jake Gyllenhaal reveals he forgot Dennis Quaid played his father in The Day After Tomorrow.

By TeeJay Small | Published 6 days ago

Jake Gyllenhaal and Dennis Quaid have been making the rounds this week, doing press for their upcoming Disney film Strange World in which they play father (Quaid) and son (Gyllenhaal). During an interview with Yahoo Entertainment this week, Jake Gyllenhaal seems baffled at the assertion that he and Quaid have portrayed a father and son in another movie together. Gyllenhaal plays Quaid’s son in the hit 2004 sci-fi thriller The Day After Tomorrow, and you can see the former actor react to that realization below.

“You and Jake obviously played father and son in The Day After Tomorrow,” the Yahoo reporter says to Dennis Quaid, before being interrupted by a bewildered Gyllenhaal, who says, “We did? Oh… Oh, oh! Whoah! That’s the guy who played my dad!”

The 2004 Roland Emmerich climate disaster film may not have featured many scenes of the pair together, as much of the plot centered around Quaid’s trek across the country to reach Jake Gyllenhaal’s character in the midst of a world-ending climate crisis. This, combined with the production of an animated film like Strange World often keeping actors in separate locations when recording lines, means the actors likely didn’t interact much on either set during the making of the two films. It’s understandable that Gyllenhaal may have forgotten the nearly 20 year old casting.

Still though, the brief misunderstanding brought a lot of laughs to the interviewer as well as the actors, and makes for a great little viral clip to be shared with friends and family alike. However, there is always a chance that this media stunt simply comes from Jake Gyllenhaal’s favorite hobby: Trolling his fans. The Mysterio actor has a long history of messing with his co-stars during press junkets to stir up buzz for his media appearances and bring more shine to his films, but on the surface, this video does appear to be a genuine interaction and provide a moment of levity during the interview.

Strange World hardly needs the extra push for attention, of course, as a Disney film with a star studded cast including the highly forgetful Jake Gyllenhaal alongside top talent such as Lucy Liu and Gabrielle Union. Strange World is in theaters now, so feel free to reach out to a loved one and enjoy a viewing experience you won’t forget. 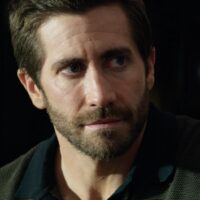 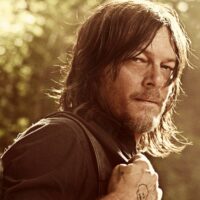