By Jessica Scott | Published 6 mins ago

It has been almost six years since the fun and surprisingly adored Girls Trip film premiered, but Queen Latifah, Regina Hall, Tiffany Haddish, and Jada Pinkett Smith are about to return in Girls Trip 2. According to Variety, Tracey Oliver, co-writer of the original film, just gave audiences an update: “it’s officially happening,” she said. “I can say that.”

Oliver also gave the audience a few sneak peeks into the plot, which will take place in Ghana. Jada Pinkett Smith and the other titular girls will be attempting to attend the Afrochella music festival in Girls Trip 2. This real-life festival showcases musical talent from the area, such as Shatte Wale, who has previously worked with Beyonce.

Oliver has not yet submitted her script, so the production timeline has not yet been established. She does seem to have a lot of the writing – or at least the planning – done, however, so we could be seeing Jada Pinket Smith and co. in Girls Trip 2 sooner rather than later.

The original Girls Trip was a box office hit, raking in $140 million worldwide. This is significant seeing as how the movie was shot with a slim budget of just $16 million. And it goes to show you that you don’t need to spend billions of dollars (we’re looking at you, James Cameron) to have a big hit movie.

While Queen Latifah, Regina Hall, and Jada Pinkett Smith were all already established names in the industry when Girls Trip debuted, Tiffany Haddish was relatively unknown at the time. The film catapulted her to stardom, and she became a familiar face in numerous films in the following years, most often catering to her comedic talent. So, it would be no surprise if she is eager to sign on for Girls Trip 2.

This news comes at a bit of a tough time in Haddish’s career, though with the actress recently in some legal trouble. According to TMZ, she and stand-up comedian Aries Spears were accused of child molestation, but even though the charges were later dropped, her career has still suffered. Reuniting with Jada Pinkett Smith and the other girls for a Girls Trip 2 may be just what she needs to get her foot back in the industry’s door again.

Jada Pinkett Smith herself may also find a Girls Trip 2 to be a good way to revitalize her public image. In the past couple of years, the actress has been popping up in the media in regards to her having an affair while married to her longtime husband Will Smith, and that was just the beginning. From her bombshell revelation on her Red Table Talk web series to Will Smith’s infamous slapping of Chris Rock at the Academy Awards in 2022, the drama just doesn’t seem to want to stop.

Hopefully, Jada Pinkett Smith, Tiffany Haddish, and the other two, less-embattled actresses can get it together and come back for some laughs in Girls Trip 2. According to reports, all four girls are expected to return, we just have to wait and see just when that return will be. 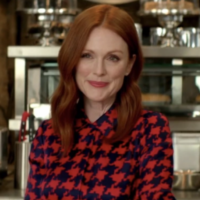 Julianne Moore Says She Was Told To Get Prettier 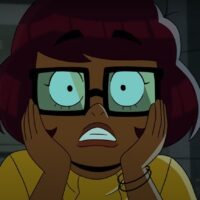