In retrospect, 2019’s Spider-Man: Far From Home mid-credits scene was first to reveal the crossovers with previous Spider-Man films, as it featured J.K. Simmons’ J. Jonah Jameson —  a blowhard boss of the Daily Bugle, from Sam Raimi’s Spider-Man trilogy starring Tobey Maguire as the titular hero. Well, Simmons’ Jameson is now a loud-mouthed reporter for TheDailyBugle.net, the MCU’s version of the paper, accusing Tom Holland’s Spider-Man of the London attack and revealing his actual identity. Some fans noted that Jameson doesn’t have his recognizable flat-top haircut in the new video but retained his iconic mustache — the same mustache J.K. Simmons had to fight for to keep in the upcoming Spider-Man: No Way Home.

As reported by ComicBook, Sony Pictures and Marvel Studios co-productions insisted that Simmons reprises his role, but without the flat-top haircut. Instead, they wanted a balding version of the character without the mustache as means of signaling that No Way Home‘s Jameson is a variant of the version Simmons played in the Spider-Man trilogy. However, after discovering that Marvel and Sony want an entirely different version of the same character, Simmons negotiated with the co-production to ensure that his character retained his mustache. “It was a negotiation then at that point,” Simmons said. “Obviously, the most important thing is that he’s still the same blowhard and he does have the same damn mustache, close to it, and cigar at least.”

Despite not playing the same J. Jonah Jameson that made iconic appearances across Raimi’s trilogy, fandom was delighted to see J.K. Simmons reprising his role in the MCU. It’s worth noting that Simmons reprised his role numerous times across animated Marvel television shows, as well as parodies of the character in The Simpsons. And while it’s entirely understandable that Marvel wanted this version of the character to differ from the original iteration, the level of change they wanted to instill is surprising, especially considering the recognizable flat-top and mustache the character sports in the comics.

Despite being essentially the first character from Raimi’s Spider-Man to reprise his role, J.K. Simmons is far from the only one. Raimi-verse variants of the Green Goblin, Sandman, and Doc Ock, portrayed by Willem Dafoe, Thomas Haden Church, and Alfred Molina, respectively, are also set to appear in the upcoming No Way Home. Villains from Webb’s The Amazing Spider-Man duology, Electro, and Lizard, portrayed by Jamie Foxx and Rhys Ifans sequentially, are also set to appear, accounting for five villains comprising the Sinister Six — one of the most iconic groups of supervillains from the Marvel comics.

But who’s the sixth villain? J.K. Simmons’ loud-mouthed journalist certainly isn’t one of them. That leaves us with Kraven the Hunter (not Jimmy Kimmel’s version), Mysterio, who apparently died in Far From Home, and Rhino, who already appeared in 2014’s The Amazing Spider-Man 2. Venom, whose appearance was suggested in the recently released Venom: Let There be Carnage mid/post-credits scene is one of Spider-Man’s archenemies, was never a part of the Sinister Six group in the source material. Spider-Man: No Way Home is scheduled to release on December 17, 2021, revealing answers to all of fandom’s questions and perhaps introducing other Spider-Men in the film. Why not? We already got another J. J. Jameson. 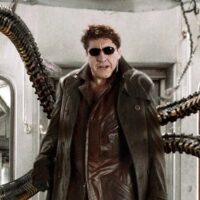 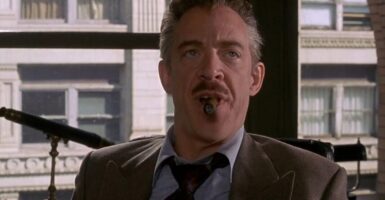 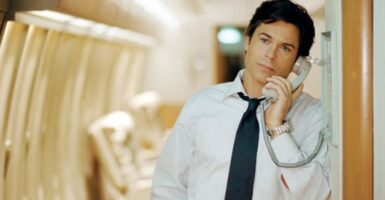 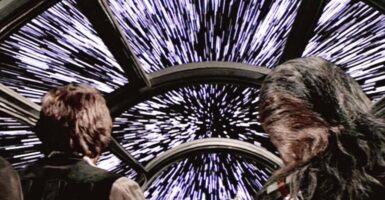