Armor Wars, Marvel Studios’ upcoming Disney+ series, is being reworked into a movie. The move, which essentially turns the six-part show into Iron Man 4, will also see the title get pushed further down the development slate. Sources familiar with the project told The Hollywood Reporter, that the studio is committed to telling the story told the right way. And in that process, they realized that a film was a better option.

Like all Marvel movies, the unofficial Iron Man 4 is intended for a theatrical release. Don Cheadle, who is reprising his longtime Marvel Cinematic Universe role as Colonel James Rhodes/War Machine, is still set to lead the cast. And Yassir Lester, acting as head writer for the Amor Wars series, will continue to pen the story. No directors are attached to the project and it is unclear when the movie will appear on Marvel’s timeline of phases.

Armor Wars was announced in 2020 as part of Disney’s Investor Day celebration. But its logo was only revealed at this year’s D23 Expo, with Don Cheadle joining Marvel Studios producer and President Kevin Feige on stage for the big moment. The show was to adapt a 1987 comic book story arc where Tony Stark discovers that his armor technology had fallen into the wrong hands. Iron Man and his allies then enter an arms race to protect the world from the weapons he created – which sounds like the perfect plot for Iron Man 4.

The popular Armor Wars is a seven-issue Iron Man story arc written by David Michelinie and Bob Layton with art by Mark D. Bright and Barry Windsor-Smith. The arc first appeared in Iron Man #225–232. Speaking to Extra (via CBR) about the adaptation, Cheadle said it’s an opportunity to take the mythology and tip it on its head and come up with different ways to tell the story. And Marvel has always done that in spades with every movie, which makes the new project a perfect Iron Man 4.

Cheadle also discussed the differences between Tony Stark and Rhodey, saying in spite of the close friendship they shared “Rhodey is his own dude.” He added that no one can really step into Tony Stark or Iron Man’s shoes. “I think he did that as well as anyone could ever do it,” he explained. Now that Amor Wars is basically Iron Man 4, fans will probably get to learn a lot about what Rhodey wants, who he is, and what his place in the firmament of MCU will ultimately be.

Meanwhile, as the unofficial Iron Man 4, the Armor Wars movie will take its place in an ever-growing list of interconnected stories from Marvel Studios. This includes the upcoming Secret Invasion series which sees Don Cheadle star alongside Samuel L. Jackson and Ben Mendelsohn. The show is set to premiere on Disney+ in 2023. Iron Man was previously played to perfection by Robert Downey Jr. During his 11-year tenure as the character, the actor left an indelible impression on the hearts and minds of fans everywhere. 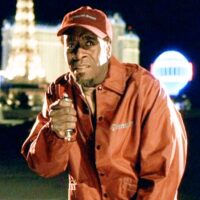 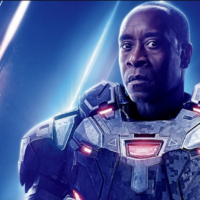