The Holy Grail featured in Indiana Jones and the Last Crusade is being auctioned to the highest bidder.

If you’re a movie buff who woefully missed out on some of the recent incredible pieces of motion picture memorabilia that have gone up for sale, worry not because now’s your chance to take home a piece of the action from the set of Indiana Jones and the Last Crusade. Courtesy of Heritage Auctions, for a measly $15,000, you can take the first steps necessary to get your hands on the iconic Holy Grail from the legendary Harrison Ford-led film.

The $15k is just a starting bid though, and will most definitely begin to skyrocket, so be sure to have all your ducks in a row (mortgage your home, maybe some cars – definitely take out your kids’ college funds) before going on the bidding adventure. Swinging into theaters back in 1989, Indiana Jones and the Last Crusade was technically Steven Spielberg’s follow-up to 1981’s Raiders of the Lost Ark, as 1984’s Indiana Jones and the Temple of Doom was a prequel to the original feature.

The rough-talking archaeology professor came back for seconds and was ready to smack down some Nazis in the story, which took place in 1938. This time around, Sean Connery appeared as Indiana Jones’s (Harrison Ford) father, bringing a thick Scottish accent to screens across America and raking in further praise for an already celebrated series of movies.

In Indiana Jones and the Last Crusade, audiences watched as Indy went on a quest to find his father, who like him, knows a thing or two about history. But Indiana Jones isn’t the only one searching for the man who knows everything and anything about the Holy Grail as a group of Nazis have abducted and forced him to help them find the Biblical cup. The movie was filled with quotable one-liners and unforgettable scenes, marking it as another major success for the Steven Spielberg and George Lucas-created universe.

Along with Harrison Ford and Sean Connery, Indiana Jones and the Last Crusade also starred Alison Doody, Denholm Elliott, Julian Glover, River Phoenix, and John Rhys-Davies. Not surprisingly, the film would be a major box office smash for Paramount Pictures and would take home an Academy Award for Best Sound Effects Editing. The franchise then lay dormant for almost two decades before being resurrected in 2008 with Indiana Jones and the Kingdom of the Crystal Skull, and … well we all know how that movie went.

Lucky for fans of the high-paced franchise, Indiana Jones is on his way back with an even more curmudgeonly attitude in the upcoming Indiana Jones 5, a film that will see Harrison Ford don the iconic fedora and jump into action alongside a cast that includes Phoebe Waller-Bridge, John Rhys-Davies, Mads Mikkelsen, Boyd Holbrook, Thomas Kretschmann, Shaunette Renée Wilson, Antonio Banderas, Toby Jones, and Olivier Richters.

The latest big news on the film is that we can expect to see a younger version of Harrison Ford as at least one scene will de-age the actor using a new technology that’s become more prominent in recent years and reboots. The new film will take Indy and his goddaughter Helena (Waller-Bridge) on a new adventure and see them facing off against a slew of new enemies and – of course – there will be Nazis. 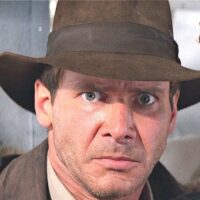 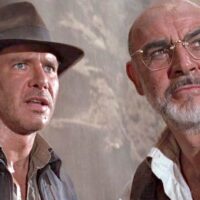