Why are we talking about The Incredibles 3? Because the original Incredibles was that good. From the moment Pixar released The Incredibles, in 2004, fans were clamoring for a sequel. They got it, in Incredibles 2, and that was so good that now fans want another one.

While there has been little talk about a third Incredibles films since Incredibles 2 was released two years ago, fans are of course hoping that they’ll one day see the Parr family again. With that in mind, let’s take a look at if Incredibles 3 could happen.

The Road To The First Sequel

The adventures of the Parr family were almost immediately called one of the greatest superhero films of all-time – an opinion that still stands despite the deluge of superhero films that would soon follow – became the first Pixar film to win multiple Oscars, including for Best Animated Feature, and The Incredibles went on to make over $631 million at the worldwide box office.

Despite audience anticipation for the next installment in director Brad Bird’s story and with Pixar releasing sequels to many of their stories between films – including sequels for Toy Story, Monsters, Inc., Finding Nemo and multiple Cars sequels – it would take fourteen years before Incredibles 2 would finally get its release in 2018.

Incredibles 2 would become the most successful Pixar film of all-time, making over $1.2 billion worldwide, making it the 18th highest grossing film ever, and the fourth highest-grossing animated film of all-time. Incredibles 2 was also nominated for the Best Animated Feature Oscar (which it lost to Spider-Man: Into the Spider-Verse), and was called the Best Animated Film of 2018 by the National Board of Review.

When Pixar started releasing feature-length films in 1995, they were praised for their originality in the world of animation, crafting unique stories the likes of which had never been seen through groundbreaking computer animation. Pixar prided themselves on brilliant, one-of-a-kind stories, like WALL-E, Up and of course, The Incredibles, over the first decade-and-a-half of the studio’s feature-length career.

Yet just a few years after Disney bought Pixar in 2006, the studio started to lean into the idea of doing more sequels. Throughout the entire 1990s and 2000s, Pixar only made one sequel – Toy Story 2 – and yet in the 2010, seven of the eleven films Pixar would release would be sequels. While many of these sequels were incredibly successful for Pixar, fans took notice that Pixar wasn’t creating as many original ideas as they once did in their heyday.

However in an interview with The Hollywood Reporter in 2019 for Toy Story 4, producer Mark Nielsen said about Pixar, “It’s all original films after this one right now.” If there ever will be an Incredibles 3, the wait is going to be significant.

Like Nielsen said, Pixar’s upcoming docket is currently comprised of nothing but original concepts. This is also somewhat due to a change in management, after John Lasseter was replaced as the head of Pixar Animation Studios by longtime Pixar director Peter Docter. Docter made some of the company’s most visionary films like Monsters, Inc., Up and Inside Out.

Pixar’s first release of 2020, Onward, didn’t do as well as anticipated, moving swiftly from theaters fo Disney+ due to theater closings because of the COVID-19 pandemic. As of right now, the studio’s next film, the Docter-directed Soul, is scheduled for release in theaters on November 20th. The only known film after this year from Pixar is Luca, planned for a June 18, 2021 release, from Enrico Casarosa, who was Oscar-nominated for his Pixar short, 2011’s La Luna.

Pixar and Disney have had to shift the release dates for their future films around quite a bit due to the pandemic, but Pixar have yet to announce what these future films will be. Pixar currently has three unnamed projects planned for release: one on March 11, 2022, another three months later on June 17, 2022 and another for June 16, 2023. Yet considering Nielsen’s comments last year and Docter’s personal focus on original films, it seems incredibly unlikely that any of these could be Incredibles 3.

THE CAST ON INCREDIBLES 3

In interviews with Moviefone during the Incredibles 2 press junket, several members of the cast were asked their thoughts on a potential third film in the series.

When asked if he would come back for Incredibles 3, the film’s Frozone, Samuel L. Jackson said “of course,” but then followed that up by saying, “It’s going to be a while.”

When asked if she would sign up for an Incredibles 3 if Bird were to call her with another idea, Mrs. Incredible, Holly Hunter said, “Oh, I truly don’t count on that at all.”

In that same interview, when asked if Bird has any ideas for The Incredibles 3, he stated, “I love The Incredibles. I love the characters and I would never rule it out, but it’s not on my mind.” Bird also criticized that audiences always ask for more of what they have already seen, rather than something new.

Bird seems to be focused on doing something completely original than the films he’s done before. In an interview with Variety last year, Brad Bird said of his next project:

“It’s a musical, actually. I don’t know anything about musicals so I figured I should do this, because I’m deathly afraid of it and it seems like a cool thing. It’s a project I’ve been wanting to make for a long time, it’s got about 20 minutes of animation in it. it’s an original project, I assure you you don’t know.” The project will also feature music from frequent Pixar composer Michael Giacchino. Back in 2005, Pixar was planning their first live-action production with Bird, an adaptation of James Dalessandro’s novel 1906. Disney and Pixar backed out of the film and it’s supposedly still in limbo at Warner Bros. However, Bird’s new project sounds like something wholly different.

At this point, it doesn’t seem like Incredibles 3 is anywhere near a reality, or even an idea in Bird’s head at the moment. Since Pixar likely won’t move forward with the franchise without Bird’s involvement, fans are likely going to have to wait quite some time for Incredibles 3, if it even happens at all. However, it seems far more likely that Bird could make another original property for Pixar in the near future, but again, there seems to be no plans currently to speak of. 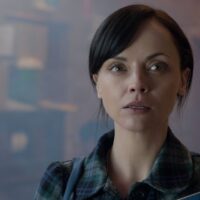 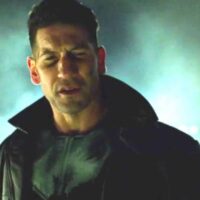