David Zucker, the writer of audience-favorite comedies like Scary Movie 5, thinks the current Hollywood landscape is “destroying comedy”, per Variety. The director, who helped bring the parody film to the forefront in the 80s with films like Top Secret and Airplane, recounted how “we could be as offensive as we liked” when he was making films. So, what happened?

According to David Zucker, he first noticed the problem when showing a script for his spy spoof to executives. In one scene, a female officer makes a joke about “needing a breast reduction to fit into a Kevlar vest.” Zucker notes an executive telling him the joke was “risqué,” and wondering if it should be included.

While he’s not the first, David Zucker is just the latest to chime in with the hottest take of 2015 on Hollywood comedy after other notables such as John Cleese and Ricky Gervais. While they each have their different complaints about modern comedy, they all agree the most destructive force in comedy is sensitivity and “wokeness.”

So what gives? What’s making writers like David Zucker believe that Hollywood isn’t letting comedy thrive? After all, who wouldn’t laugh at the scene where Charlie Sheen and Lindsay Lohan spoofed Paranormal Activity as themselves in Scary Movie 5? Obviously, a writer of that caliber has his or her hand on the pulse of comedy, but for some reason, he can’t seem to get the movies pumped out like he used to.

Though he may not see why audiences and executives aren’t filing in for comedies these days (they are), David Zucker isn’t letting that stop him. Currently, Zucker is working on his latest comedy, Spaghetti vs. Noodle, which will be a historical spoof about Chinese and Italians fighting over who invented spaghetti. Yes, that is real.

If David Zucker took the opportunity, he would probably see that comedy is still thriving in film and television. Although modern comedy has gotten away from the often racial and sexual tones that were prevalent in his time, it has evolved to find comedy in things other than the physical characteristics of others. Films such as the horror hybrid Barbarian or meta-comedy The Unbearable Weight of Massive Talent have certainly proved that Hollywood isn’t playing it safe when it comes to bringing the funny, no matter what it takes.

Maybe the issue lies in David Zucker’s initial observation that he could be as offensive as his mind desired in those days. Humor evolves, and slapping the label of comedy onto a movie doesn’t immediately make something funny. Zucker may just not be aware of the current comedy landscape and releases. If anything, it seems he hasn’t flipped over to Adult Swim any time in the past few years.

While nobody in the current comedy scene has issued a response to David Zucker’s spiciest of opinions, audiences can rest assured that those watching his PragerU interview might agree with him. Zucker will surely continue to lambast the Hollywood machine for killing creativity by bowing to sensitivity and cultural pressure, though many probably will be too busy laughing at the newer comedy offerings from Hollywood. 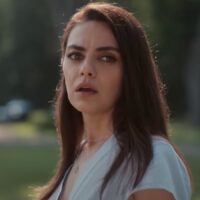 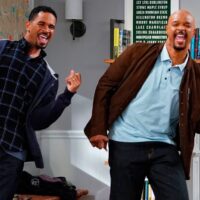 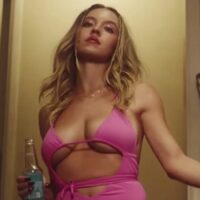