An Overlooked Hugo Weaving Movie Is Blowing Up On Netflix

Hugo Weaving has had a part in some of the biggest movie franchises that have ever hit the screen. Though he’s never starred in those films, his roles were unforgettable and often critical to the overall proceedings. And even when he did land a role in the lead, they stuck a mask over his face so you didn’t even know it was him. From that perspective, he’s had one of the most interesting careers ever in Hollywood. Now, one of his more overlooked movies is getting a great run on Netflix. Go over there to check out Mortal Engines where it’s sitting 7th on the most-watched list this week.

Mortal Engines is based on the young adult book series of the same name. It takes place in a dystopian, post-apocalyptic world in which cities are now fully on wheels. They are behemoth structures that roam the devastated plains of the world, gobbling up smaller cities in their wake. Hugo Weaving is in charge of one such city and plays the primary antagonist. From a hierarchical structure, there is a clear delineation of the stronger consuming the weak. Though instead of humans or animals as the natural food chain, this time it is whole cities. Here, to get a sense of what I’m talking about take a look at the trailer Mortal Engines:

As you can see from the trailer, Mortal Engines is an ambitious-looking film that wants to recreate and set you inside a totally different kind of world. With a steampunk vibe and a very science fiction/ fantasy tone, there is a lot to unpack about how this new world operates. Hera Hilmar stars as Hester Shaw, a scarred young assassin who very much appears like she’s on a mission. And that modus operandi is taking down Hugo Weaving’s Thaddeus Valentine. The latter looks every bit the crazed sociopath we know he can play on the big screen.

And it’s also clear that producer Peter Jackson had his hands well into this movie. Though he didn’t direct, there’s a certain size and scope to the whole thing, reminiscent of his work on Lord of the Rings. And it did offer Jackson and Hugo Weaving to team up again. The latter had played Elrond in that famous trilogy.

But for all the love Mortal Engines and Hugo Weaving are getting on Netflix right now, that wasn’t the case when this thing first hit the big screen. In fact, it was an utter bomb. On a roughly $150 million budget, the film barely earned back half of that, bringing back only $84 million at the box office. In fact, it appears that according to some metrics, this ranked it as the biggest box office bomb in history. Not exactly the distinction you want and from a money perspective, it is a knock on Hugo Weaving’s resume.

Mortal Engines’ box office take was pretty much in line with how critics saw the film. Basically, they weren’t all that pleased. It scored 26% on the Tomatometer with critics disappointed in the direction and tone. For Hugo Weaving, this is one of the rare critical missteps of his career. Almost all of his big-budget movies have finished among the very highest on the critical charts. It is worth noting that the audience score (49%) was significantly higher than the critics. So that’s a win right? And again, in terms of eyeballs telling the story, folks are clearly into it on Netflix.

Of course, Hugo Weaving has taken part in some of Hollywood’s biggest productions. He broke on to the scene as Agent Smith in the Matrix trilogy. And he rolled through the Lord of the Rings trilogy as well. But remember, he also got a hand in the Marvel Cinematic Universe as Red Skull in Captain America: The First Avenger and was even the voice of Megatron in the Transformers movies. This list is just ridiculous. Next up, he’ll star in HBO’s miniseries, The Tourist.

And now you have a chance to catch Hugo Weaving in another big budget film that does hold up a bit better than the critical response would suggest. And he very much steals the scenes he’s in as a total power-hungry maniac. Check out Mortal Engines now on Netflix. 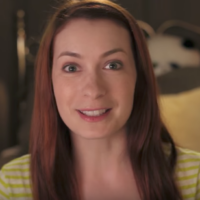 Felicia Day’s Signature Series Is Leaving Netflix, Watch While You Can 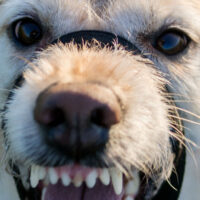 Electric Blue Dogs Photographed In The Wilds Of Russia