Before Avengers: Endgame came out, adding Hugh Jackman to a google search on the title gave cause for anticipation. Many thought Hugh Jackman might cameo as Wolverine. That never happened and it made sense since Jackman had previously said he was done with the role. Still, the the Golden Globe Award Winning actor had previously added this qualifier to his retirement saying in 2017: “The Avengers would prove too much to turn down.”

It’s not too late. Hugh Jackman may be an Avenger yet.

According to YouTuber Grace Randolph, Kevin Feige of Marvel has set his sites on recruiting Hugh Jackman. The president of the studio wants to bring him back as Wolverine to join the Avengers in Doctor Strange 2 : In The Multiverse of Madness.

Not done there, Feige also wants to ensnare Tobey Maguire and Andrew Garfield as Spider-Man again and Jamie Foxx back as Electro. But snagging Hugh Jackman might still take some doing – even though a Wolverine return was supposedly a done deal in 2017.

Hugh Jackman was satisfied with his swan song in Logan, and this April, he dismissed a revival in a very practical manner. “If seven years ago that had happened I’d be like, ‘Oh yeah!’ but I knew it was the right time for me to leave the party—not just for me, but for the character. Somebody else will pick it up and run with it. It’s too good of a character not to. It’s kind of like, you’re on your way home and your friend rings you and goes, Oh, dude, a new DJ just came on and the music is awesome, are you going to come back? And you say, Sounds good but… no.”

By Hugh Jackman’s own admission, the Avenger cast of characters would be hard to refuse. “I always love the idea of him [Wolverine] within that dynamic, with the Hulk obviously, with Iron Man,” he added in 2017.

Nonetheless, Hugh Jackman figured the suits would figure out a way to keep the character going with a different actor. Obviously the actor has one crucial executive on his side now, and the stars are in position to align.

However, the wide ranging burst Feige envisions includes character twists on what the DC Universe has offered to date. “Kevin Feige, per usual, wants to blow DC’s Multiverse film [The Flash] out of the water. His [Doctor Strange 2] hits first… I can confirm that through my sources that Feige does want other actors to play different versions of The Avengers,” says Randolph.

Tom Cruise as Iron Man is the first star Randolph has plucked off her sources, and if Feige’s mix isn’t enough, Ryan Reynolds has made his feelings known about a potential pairing. Reynolds is always going back and forth with Jackman on social media, and a Deadpool/Wolverine movie is the frequent jibe.

Either way, Doctor Strange in the Multiverse of Madness has a March 25, 2022 release date and Sam Raimi has been tabbed as director. 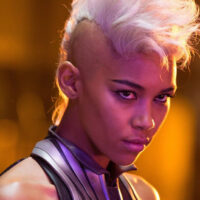 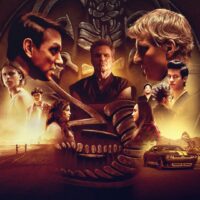