Over two decades have passed since Dungeons & Dragons attempted to make the leap from a role-playing game to a fantasy film franchise. 2000’s Dungeons & Dragons was a box-office failure and a critical disaster, leading the franchise to lie fallow for all these years. With Paramount and eOne working on a new Dungeons & Dragons film, the film already seems on the right track, adding two big stars to the production: Hugh Grant and Sophia Lillis.

While it’s unclear who It’s Sophia Lillis will be playing, Deadline is reporting that Hugh Grant will be playing the film’s villain. The new production is keeping the story and characters of this new adaptation close to the chest, but we do know the cast is already quite impressive. Grant and Lillis are joining a cast that also includes Chris Pine, Michelle Rodriguez, Jurassic World: Fallen Kingdom’s Justice Smith, and Bridgerton star Rege-Jean Page.

But maybe the biggest hint as to what this new Dungeons & Dragons film will be comes from who Paramount has set up as writers and directors of the project. Jonathan Goldstein and John Francis Daley, the team who wrote directed Game Night and Vacation, will be making this new take on Dungeons & Dragons. Goldstein and Daley also previously wrote Horrible Bosses, The Incredible Burt Wonderstone, Vacation, and Spider-Man: Homecoming. Considering this duo is working on the film, and that cast members like Hugh Grant and Chris Pine have proven they can do comedy extremely well, it looks as though this Dungeons & Dragons will likely have a comedic lean to it.

Daley and Goldstein were also previously announced to direct The Flash, but left the project early last year. With Dungeons & Dragons, it looks as though Daley and Goldstein will also be writing a new draft of the film’s script, which looks to have been in the works since 2017, when it was – strangely – being written by Joe Manganiello. As the duo were the writers of Cloudy with a Chance of Meatballs 2, it does seem like they might be taking an almost Phil Lord and Christopher Miller approach to Dungeons & Dragons, shifting the tone to make something a bit more accessible, in the way that Lord and Miller did with The Lego Movie or the 21 Jump Street series.

Hugh Grant has had somewhat of a career reboot in recent years. After becoming well-known for his many romantic comedies, Grant has shifted into vastly different projects. This career reconsideration started with 2017’s Paddington 2, in which Grant also played the film’s villain. Since then, Grant received Emmy and Golden Globe nominations for his role in the miniseries A Very English Scandal, and again, played a villain in Guy Ritchie’s The Gentlemen. Most recently, Grant starred alongside Nicole Kidman in the miniseries The Undoing, which also earned the actor a Golden Globe nomination.

With Hugh Grant and Sophia Lillis joining an already spectacular cast, and with Daley and Goldstein seemingly bringing a comedic take to the film, Dungeons & Dragons is shaping up to be an exciting new project that could finally make this a worthwhile film franchise. 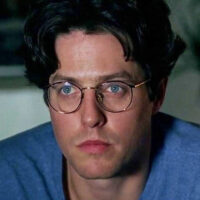 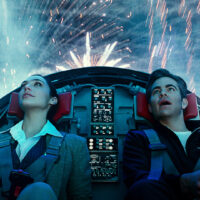 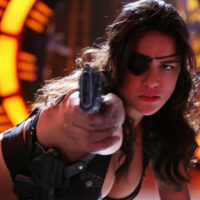 Michelle Rodriguez To Star In Dungeons And Dragons