Howard the Duck is set to appear in the upcoming Deadpool 3.

One of Marvel’s weirder characters, Howard the Duck, is set to make an appearance in the upcoming film Deadpool 3. According to our trusted and proven sources, Howard the Duck will be part of Deadpool 3, though whether he will have an active role or will be making one of his increasingly regular cameos is still up in the air. Still, of all projects in which Howard the Duck could be expected to have a role, Deadpool 3 actually makes a surprising amount of sense.

Howard the Duck has been part of the Marvel Cinematic Universe since he showed up in the 2014 film Guardians of the Galaxy as part of the Collector’s (Benicio del Toro) assembly of oddities, which also included an appearance by Cosmo the Spacedog. Since then, he has shown up in Guardians of the Galaxy Vol. 2, Avengers: Endgame, and the Disney+ animated series What If..? Depending on his role in the film, Howard the Duck could actually finally become an active part of the Marvel narrative or Deadpool 3 could be just another usage of him as a cheeky in-joke to comic book readers.

Marvel Comics first introduced Howard the Duck in 1973 in Adventure into Fear #19 and was created by Steve Gerber and Val Mayerik. While the character has generally been treated as part of mainstream canon (or Earth-616, as it’s known), the tone of his adventures generally skews more satirical and darkly comedic than superheroic. Despite that, Howard the Duck has frequently teamed up with more well-known characters like She-Hulk, the Avengers, and the X-Men.

Perhaps most famously, Howard the Duck starred in his very own solo live-action film in 1986 in which he was portrayed by a combination of Ed Gale (performing in a duck suit), various puppeteers, and Chip Zien (as the voice). The movie co-starred Lea Thompson, Tim Robbins, and Jeffrey Jones, was executive produced by George Lucas, and is known as one of the worst comic book adaptations of all time. At the very least, fans can rest easy knowing that whatever role Howard the Duck has in Deadpool 3, it cannot be weirder or more tone-deaf than his own movie.

Howard the Duck has long been considered a kind of joke character for Marvel, often commenting on the nature of superhero comics and having a level of meta-awareness of himself as a fictional character. This makes Howard the Duck pretty appropriate to team up with Wade Wilson in Deadpool 3, as the primary appeal of the latter character is “isn’t it awesome that this guy knows he’s in a movie?”

It also seems that Deadpool actor/producer Ryan Reynolds is interested in getting an eclectic group of characters for the third movie. We have already reported that Hugh Jackman is reprising the role of Wolverine for the film and that James Marsden and Halle Berry are in talks to come back as Cyclops and Storm, so Howard the Duck in Deadpool 3 sound like a comparatively easy deal to make. We’ll just have to see whether Howard the Duck or Ryan Reynolds can mug harder at the fourth wall. 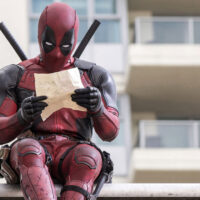 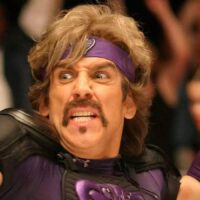