‘There is a lot of tempered anticipation for the upcoming Game of Thrones prequel House of the Dragon. On one hand, fans are excited to return to the world of one of the most popular shows (and book series) of all time. On the other hand, they probably still have the bitter taste of Game of Thrones‘s last season in their mouth. However, there is one thing fans can definitely count on — there won’t be any Starbucks cups to be found when the episodes air. Infamously, a Starbucks cup appeared in the fourth episode of the final season of Game of Thrones. It appears the showrunners for House of the Dragon are being pretty lighthearted about it though, as evidenced by this interview with Miguel Sapochnik:

Sapochnik jokes that fans should keep an eye out for Starbucks cups in the inaugural season of House of the Dragon so they can win a prize. Of course, the reality of the situation is that the Starbucks incident is causing the showrunners to be extra cautious. Co-showrunner Ryan Condal gave a more truthful account of the set attitude toward Starbucks cups, saying they maintained “a very heavily policed set — there was lots of Starbucks-hunting going on.” While the Starbucks cup was far from the only issue fans had with the final season of Game of Thrones, it’s good to hear the showrunners are taking care to make an immersive world for the upcoming series.

House of the Dragon is the first big attempt for HBO to try and recapture that Game of Thrones magic. It’s understandable that they’re going to do everything they can to put out a quality series. If House of the Dragon finds a similar level of success, there could be more spin-offs in the future, like the Jon Snow solo series with Kit Harington. House of the Dragon is a prequel that takes place 300 years before the events of Game of Thrones. The show is based on the book Fire & Blood by George R.R. Martin. George R.R. Martin co-created the series with Ryan Condal. It will depict the fall of the House of Targaryen as they engage in a civil war of succession. The show will star Paddy Considine, Emma D’Arcy, Matt Smith, Olivia Cooke, Steve Toussaint, Eve Best, Fabien Frankel, Sonoya Mizuno, and Rhys Ifans. The recurring cast includes Milly Alcock, Bethany Antonia, Phoebe Campbell, Emily Carey, Harry Collett, Ryan Corr, Tom Glynn-Carney, Jefferson Hall, David Horovitch, Wil Johnson, John Macmillan, Graham McTavish, Ewan Mitchell, Theo Nate, Matthew Needham, Bill Paterson, Phia Saban, Gavin Spokes, and Savannah Steyn.

While it sounds like there certainly won’t be any Starbucks cups in House of the Dragon, it remains to be seen if the show can reach the lofty heights of the first seasons of Game of Thrones. Across eight seasons, the show drew in over 44 million viewers from 173 countries with the final episode alone drawing 13 million to the screen. It won an astounding 59 Emmys. Hopefully, House of the Dragon can do the same and stick the landing this time. 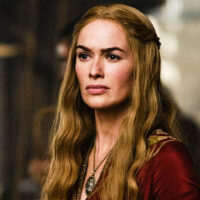 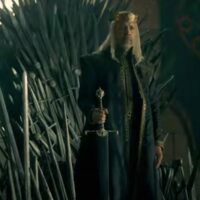