The Next Karate Kid star is staying mum about an appearance on Cobra Kai.

For the past two seasons, Cobra Kai fans have been hoping for an appearance from Hilary Swank, reprising her role as Julie Pierce from The Next Karate Kid. Now, that the fifth season has been released, the speculation surrounding her involvement in the series continues. However, while promoting her upcoming ABC series, the actress directly addressed a possible return to the realm of martial arts. “I was told that I’m supposed to only keep it to Alaska Daily,” she said with a laugh. “So I guess that question is for another time.”

Since her statement isn’t a confirmation either way, Hilary Swank could still appear in future seasons of Netflix’s Cobra Kai. Earlier this year, co-creator Hayden Schlossberg said there had been discussions about bringing the actress into the mix. Speaking during a Deadline Contenders Television panel he said, “Anything is possible. I always say if you’re a fan of The Next Karate Kid and you want to see Julie Pierce, we’re the show to watch to see if that happens.”

Ralph Macchio also commented on rumors surrounding Hilary Swank’s involvement in the series during an interview with TODAY. He said anyone who knew or interacted with Miyagi is part of the canon the series could pull from. “She’s one of the big ones,” he told the publication. The Cobra Kai star added that there have been conversations. But he doesn’t know how engaging they were. “Every road they’ve gone down to bring an OG character back has led to more areas of the story that enhance many of the characters. So, we’ll see,” he continued.

However, if Hilary Swank does join Cobra Kai it must be done in a way that bolsters the stories being told. “It’s not like the thing hinges on having new nostalgic drops in the show,” series star William Zabka said. He explained that if Julie Pierce does return, it will be a matter of the right time, the right place, and the right plot point. Characters have to be added in an honest moment which makes for an exciting, awesome reveal. “There’s always that opportunity and potential,” he added.

Even without Hilary Swank, Cobra Kai has been wildly successful ever since its release in 2018. Based on the iconic Karate Kid franchise the series brings the rivalry between Daniel LaRusso and Johnny Lawrence to new a generation of viewers. The Karate Kid debuted in 1984, with Ralph Macchio making his first appearance as Daniel. He soon finds out that being the new kid in town is not easy, as he is constantly tormented by teens from a local karate group.

Fortunately, his new neighbor, Mr. Miyagi (Pat Morita) is a karate master who takes Daniel under his wing and encourages him to compete at the All-Valley Karate Championship. Daniel defeats his bully with his famous crane kick. Cobra Kai is based on that infamous grudge, with the first season reigniting the feud between Daniel and Johnny (William Zabka). Although Hilary Swank’s character was trained by Miyagi, The Next Karate Kid was a standalone movie. So it would be interesting to see how Julie would fit into the series.

Meanwhile, Hilary Swank fans can see the actress in Alaska Daily where she portrays Eileen Fitzgerald, an investigative journalist looking for a fresh start and redemption in Anchorage. Created by Tom McCarthy, the series premieres on October 6th.

Cobra Kai Movies On The Way? 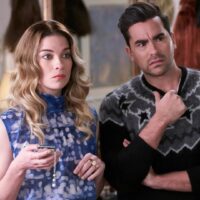