Henry Cavill is leaving The Witcher on Netflix and Liam Hemsworth will be taking over as Geralt of Rivia on Netflix.

It was announced on Saturday that The Witcher would be continuing with a fourth season on Netflix. Not a big surprise there. But the shocker came when Henry Cavill released word that he would no longer be continuing on with the series in the lead role. Instead, the part of Geralt of Rivia will go to Liam Hemsworth now who will take up the mantle as the show’s lead. This is a ground-shifting moment, and rather uncommon for a series as popular as The Witcher.

Henry Cavill released a statement about the move (via ComicBook.com) which discussed, in some part, the decision to leave The Witcher and what it would mean for Liam Hemsworth to take over.

Cavill said, “My journey as Geralt of Rivia has been filled with both monsters and adventures, and alas, I will be laying down my medallion and my swords for Season 4. In my stead, the fantastic Mr. Liam Hemsworth will be taking up the mantle of the White Wolf…I pass the torch with reverence for the time spent embodying Geralt and enthusiasm to see Liam’s take on this most fascinating and nuanced of men.”

There wasn’t a formal reason given as to why Henry Cavill would be moving on from the Netflix role, though taxes on his time and schedule could be at the heart of the move. The actor has been cast in a number of productions coming in the future including the recently announced The Ministry of Ungentlemanly Warfare.

Plus, with James Gunn taking over in the DCU, there’s been a thought that Henry Cavill would soon return to his Superman character in a Man of Steel 2 role. Plus, he’s said to have a Highlander adaptation in the works as well.

The Witcher has aired two seasons on Netflix so far with Season 3 on the way at some point in 2023. It tells the story of Geralt of Rivia, a monster hunter who has been linked to another character, Ciri (Freya Allen) in this world. These two, along with Anya Chalotra’s Yennefer comprise the triumvirate of those meant to possibly save the world.

It will be interesting to see the fan reaction to this move by Henry Cavill when it comes to the series. The Witcher has become one of Netflix’s most popular offerings since it first aired on the streamer back in 2019.

The adaptation of the book series and video game series of the same name has been as popular an offering as Neflix has, only being eclipsed by Squid Game, Stranger Things, and Bridgerton in viewing hours when it came to original programming on the streamer.

As far as when Liam Hemsworth will officially take over for Henry Cavill in The Witcher, well that remains to be seen. There has been no formal announcement for when filming on that will get started, but it could be sooner than later if they are looking to continue to keep a similar season-release schedule going forward. We are sure to get more details on this sooner than later and this is a developing situation for the show.

The Witcher franchise has a couple of other programs on Netflix as well. There is The Witcher: Nightmare of the Wolf which was released in the summer of 2021. And then there will be The Witcher: Blood Origin which is a prequel series with an entirely new cast. That is coming on December 25th of this year. 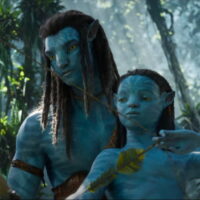