Henry Cavill will get a "heroic sendoff" when he ends his time as Geralt in The Witcher Season 3.

Henry Cavill might be exiting The Witcher after season 3, but the showrunner of the series has revealed the big plans for the man’s “heroic sendoff.” According to Lauren Schmidt Hissrich, “Geralt’s big turn is about giving up neutrality and doing anything that he has to do to get to Ciri…and to me, it’s the most heroic sendoff that we could have, even though it wasn’t written to be that.”

Though Liam Hemsworth is going to be taking the reins past the third season, Hissrich has confirmed that Henry Cavill will be given a hero’s farewell when his version of Geralt goes galloping away. We are assuming that some sort of magic is going to change the man, or at the very least, he is going to die fighting to save Ciri in some way. The Witcher will carry on without Cavill, which might take some time to get used to.

Hissrich also stated that despite what has happened, Henry Cavill gave “so much to the show” that it was only proper to give him a heroic sendoff. Though there are rumors spreading that Cavill was less than great on the set of the series, at least his character is being given the right dedication that he gave to the series. The new season is also going to be pulling more from the Time of Contempt novel in the series.

The good news is that The Witcher has always attempted to be accurate to the source material from the novel series written by Andrzej Sapkowski. Hissrich also confirmed that the upcoming season is going to stick “really close” to the Time of Contempt book. That is also great news for Henry Cavill, who has proven to be quite a huge fan of the franchise, though he will be taking his exit.

Henry Cavill has had a string of bad luck these past couple of months, as he announced that he would be leaving The Witcher. Everyone assumed his exit from the series was because he was going to be taking more of an active role as Superman in the DCU. However, it was then revealed that James Gunn had no plans to bring Cavill back and was pivoting to a younger actor for the Last Son of Krypton.

Henry Cavill lost out on two big franchises in a matter of weeks, though he is now going to be heading up the Warhammer 40,000 franchise for Amazon Studios. Though he might have been a bit upset after exiting The Witcher and DC, he is now going to be helping build a world around another gaming franchise that is near and dear to his heart. As the saying goes, “when one door closes, another opens.”

For now, everyone can wait and see Henry Cavill and his big heroic sendoff when The Witcher Season 3 debuts on Netflix in the summer of 2023. We are not sure about the exact release date just yet, but the streaming platform is likely to reveal that detail along with the trailer in the coming weeks. Though it will be Cavill’s last time swinging his sword for Ciri, it sure sounds like it is going to be exciting.

Henry Cavill is now moving on to another franchise that he loves, and we also can’t wait to see what he does for the Warhammer 40,000 franchise. 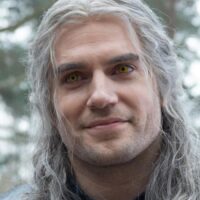