Henry Cavill is back as Superman in The Flash, thanks to Dwayne Johnson talking to WB.

Henry Cavill will be reprising the role of Superman in the upcoming, frequently delayed Flash movie, making it his first appearance as the iconic character since Zack Snyder’s Justice League. According to our trusted and proven sources, Henry Cavill is being brought back as Superman for The Flash at the behest of Dwayne Johnson, who convinced the brass at Warner Bros. Discovery to bring him in for some new shoots. It also seems that Henry Cavill is specifically being brought in for the ending of the movie, which raises some questions as exactly to what he could be doing in the film.

Henry Cavill has portrayed Clark Kent aka Superman in the DC Universe of films since Man of Steel in 2013, and The Flash may potentially be his last appearance as the character. The actor’s status as the Last Son of Krypton in the DC Universe has been shaky for quite some time, with reports indicating that he was eager to leave the role behind, while Warner Bros. Discovery is desperate to keep him around. This makes sense for both parties: Henry Cavill has only grown in star power in recent years, with The Witcher, Enola Holmes, and the upcoming Argylle under his belt, while Warner Bros. Discovery’s DC Universe has been chaotic, to say the least.

However, it also makes quite a bit of sense that it was Dwayne Johnson who convinced Henry Cavill to suit up as Superman for The Flash. Not only does it seem Warner Bros. Discovery is attempting to restructure the DC Universe around Johnson’s Black Adam (which we have some feelings about), he has reportedly been hired by the company as a kind of advisor to the franchise as a whole. We recently reported that Black Adam will include a post-credits scene in which Superman appears to challenge Dwayne Johnson, and while it was unclear if it would be Henry Cavill as the character, this seems to make it a bit more probable.

There have also been reports that The Flash would include Superman in some capacity, though in a different form. Early glimpses of the tumultuous Ezra Miller film were said to have included a “younger Superman,” which can be inferred to be a potential way to phase out Henry Cavill as Superman via The Flash. Given that The Flash movie will involve time travel, different realities, and two different Batmen (Batmans?), two different versions of Superman is not too much of a stretch.

Henry Cavill has previously said that he had one more contractual appearance as Superman, which could very well be The Flash. The film is currently scheduled to be released on June 23, 2023, but has been delayed so many times already that it is anyone’s guess whether it will actually be in theaters on that date. It appears that the studio is still working out exactly what the film needs in terms of characters and finale, but maybe Henry Cavill’s Superman will finally be what The Flash needs. 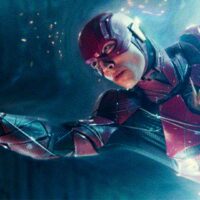