The global top 20 movies on Netflix this year is dominated by Netflix Originals, like Henry Cavill’s Enola Holmes and The Old Guard. While some licensed films only receive Netflix releases in certain countries, Netflix Originals are often released throughout the world. The number one film for Netflix in 2020 is 365 Days, a film about a man who imprisons a woman for an entire year until she falls in love with him. The film has received quite a bit of negative press over the year, including calls for Netflix to pull the film, and becoming one of the rare films to receive a 0% on Rotten Tomatoes. The film ended up as the most-watched #3 in the United States, and #2 in the United Kingdom, Australia, and Canada.

Coming in at #2 is Enola Holmes, which starred Millie Bobby Brown and Henry Cavill. The film received almost 76 million views in its first month, although Netflix’s states for what counts as a “view” are always slightly uncertain. Despite its #2 spot worldwide, the film didn’t rank on either the year-end charts for the United States, Australia, and Canada. Considering the film centers on the sister of Sherlock Holmes, even more surprising is that it only reached #10 on the United Kingdom’s list for the year.

Rounding up the top 5 worldwide are The Christmas Chronicles Part 2, starring Kurt Russell and Goldie Hawn, Holidate starring Emma Roberts at #4, and the Charlize Theron-starring action film, The Old Guard. While 365 Days was the most-watched Netflix Original program in the U.S., U.K., and Australia, The Christmas Chronicles Part 2 took the title of most-watched in Canada. Even with 365 Days dominating, it seems as though audiences wanted to watch original films from famous stars like Kurt Russell, Charlize Theron, and Henry Cavill in 2020.

The rest of the global rankings are primarily Netflix Originals, with the top 10 comprised of the documentary The Social Dilemma at #6, Jamie Foxx’s Project Power at #7, the young adult romance adaptation The Kissing Booth 2 at #8, and the action-thriller Extraction at #10. The only non-Netflix Original to break the top 10 was The SpongeBob Movie: Sponge on the Run at #9. SpongeBob is listed as a Netflix Original in Australia, where it placed at #10, but the film hasn’t even been released in the United States yet, where it will be placed on the CBS All Access platform instead.

Yet looking at the popular titles in individual countries, Netflix Originals only make up a portion of the top 10. In the United States, for example, Despicable Me is the #1 most-watched film of 2020, followed by the 2018 animated version of The Grinch. From the looks of this chart, Americans tend to go for children’s programming (The Angry Birds Movie 2, The Lorax), and big action films (Spenser Confidential, Angel Has Fallen). Only four Netflix Originals make the cut and no Henry Cavill in sight.

While it’s hard to trust streaming numbers, since the company themselves often provide the information, as opposed to a second-party putting the numbers together, Flixpatrol’s research does show interesting trends in streaming habits on Netflix. 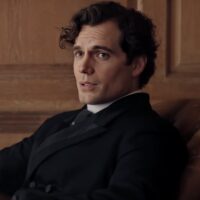 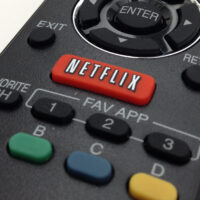